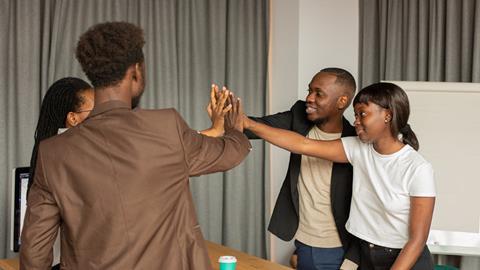 Who’s concerned about your concerns? Discussing help for mental health in the workplace

The barrier between work and wellbeing is under attack, though with a lot of work to be done there’s plenty of discussion to be had about how support can be given to employees suffering at work.

In an exclusive roundtable hosted by the Great British Workplace Wellbeing Awards (GBWWA) team, a group of experts and the experienced talk about seeking mental health help at work.

This session was hosted by Wellity Global CEO and co-founder of the GBWWA, Simon Scott-Nelson.

The problem talking about problems

“Being a good manager at heart is about having relationships with people.”

“Three quarters of employees were not likely to seek support from their manager if they were to experience a mental health problem,” says Simon Scott-Nelson, quite an astounding figure, Simon asks the roundtable if they think it’s accurate.

“We did a poll and found that people would rather talk with their manager about diarrhea rather than depression,” Simon Blake says, “I think stigma is a big part of it, but I actually think it’s a problem with management.” Mental health is something that’s only recently been destigmatised, even more recently in the workplace. Only now are we having meaningful conversations about matters concerning our wellbeing at work and the workplace is adjusting very slowly.

Ash Ahmad says “I wouldn’t be surprised if the figure is increasing even more,” she mentions how new employees, especially those joining during the pandemic, aren’t getting valuable one-on-one time with their managers. Without having the ability to build a relationship that allows them to discuss deeper, more personal issues such as their wellbeing through time spent with their managers, based on the aforementioned data, now more than ever employees are beginning to feel even more distant at work.

“There’s needs to be an effort to create some form of engagement before you jump into the bigger stuff.”

“There needs to be that relationship building” Says Simon, mentioning how important it is for managers to engage their employees on a regular basis. Even smalltalk or simply reaching out to those you manage can chip away at the pre-established barrier between management and employees when it comes to mental health.

“In many instances, we need huge organisational change,” says Shaun Franklin, he continues to discuss how businesses need to reevaluate their approach to wellbeing to make a significant impact on breaching the blockade that prevents open and comfortable mental health discussions in the workplace.

“They’d almost rather pretend it’s not there,” says Shaun, speaking about the handling of these issues by businesses in the workplace. Recounting his own personal experiences with the issues, he mentions that a lot of organisations don’t want to take on the extra baggage of workplace wellbeing.

“We’ve had members of our leadership team having the same struggles everyone else has had.”

Some people in the workplace may feel marginalised in their workplace when suffering from mental health problems, though Amanda Hammond assures others at the roundtable that isn’t the case: “We’ve had one of our leadership team talk about how she’s experienced anxiety.” Mental health isn’t an exclusive issue to any one individual, nor any category of individuals either.

Realising that others around you could be suffering from the same issues, especially considering they’re working in a similar environment where the same problems could be apparent could be the first step in feeling courageous enough to reach out for help.

Amanda echoes these points, saying that once some of her team shared some of their stories about their own mental health concerns it created an environment where others were more comfortable discussing their own issues amongst their peers.

“Sometimes the work or the organisation may be the source of the stress.”

“Talking about that survey where three quarters of employees won’t talk to their manager about mental health issues, sometimes that manager can be the source of the stress” says Andrew Clements, clarifying that the source of the problem isn’t always about a barrier between worker and manager.

Some individuals may not be so keen on even discussing mental health to begin with and to truly solve these issues, the problems need to be dealt with at the source rather than relying entirely on communication.

Work-overload and relationships in the workplace are all cited as primary causes of stress by Andrew, “we may be able to tackle some of those things without necessarily requiring people to disclose,” he says.

“You need to get the trust of your employees,” says Mathew Johnson, continuing on to say that despite managers occasionally being the source of stress “the manager could be stressed.” Mathew brings up a good point, bringing attention to the fact managers themselves are rarely asked about their own personal problems and wellbeing, arguably less than lower level employees.

Mathew then briefly touches on that the responsibility can heavily lie with the organisation itself. If a culture focused around the health of employees and managers alike isn’t established within the business, that can cause problems for everyone.

“If there isn’t a central culture of wellbeing from the company, neither of those parties will get the support they need, everyone will be stressed.”

“Lockdown, online working and remote working has added an additional barrier to reaching out to your manager.”

Lockdown has understandably had a drastic effect on mental health across the globe. The isolation many workers have been subjected to have also caused difficulties when it comes to seeking help for those problems as well.

“With online working you can put this front on for zoom, but do you really know how your employees are once they come off those calls?” says Ellie Caley, she mentions how the move to hybrid working has essentially eliminated a large portion of what was once a support group for employees.

The value of face to face communication, or even just direct contact with another human being should not be underestimated when it comes to mental health. Seemingly, with the aforementioned rise in employees avoiding seeking mental health help at work, hybrid working is having a negative impact on those who need to seek support.

Andres Fonseca attests that his therapy workload increased during lockdown by a huge amount. “We had exactly the same amount of clients, but the demand for support grew by about 400%” he says, “it stayed 200% over what we would have expected before throughout the course of lockdown.”

Andres thinks reaching out to people is an important part of the process, something that’s clearly been made more difficult by the increase of remote working and the possibility to miss out on that present support group amongst peers due to isolation.

“The step to reach out is psychologically hard,” Andres says, indicating perhaps the need for organisations to put in a little more effort when it comes to monitoring and getting in touch with their employees. A difficult task indeed when it comes to remote working.

“When you focus on someone’s wellbeing, then the performance will take care of itself.”

Paul Dorrington says that while getting help is important across the board, you may not necessarily need to divulge such personal information when approaching your manager for help: “Sometimes it is good to disclose and sometimes it’s not,” he says.

It’s up to the employee what they want to disclose about their own mental health, but in some cases, it isn’t necessary to get the help they need. If the issue is from an external source it can sometimes be impossible to solve at the workplace, likewise, if an issue is stemming from the workplace itself it’s more than likely not going to be solved outside of work.

“Culture trumps strategy any day of the week.”

“I used to feel as if there was a lot of pressure put on managers, they were expected to be the answer to everything,” states Jonathan Ward, arguing that if so much pressure is going to be placed on managers, they should be provided with a plethora of resources.

“Training that provides them the right knowledge, the right understanding,” are some of the resources managers need according to Jonathan, arguing that while it’s unfair to put so much pressure on managers, some of which attain that position entirely by accident they should at least be equipped correctly.

Equipping managers with the tools they need to handle the problems they’re going to face can be a much more powerful strategy than simply waiting until those problems come up. Instilling a culture that recognises mental health issues can be prevalent in the workforce can not only prepare managers and employees alike for those struggles, but help them be resolved.

“I think it’s really important to have that sort of culture where people can feel like they can come to9 you” says Dr Sarah Elizabeth, even just so much as asking how someone was over the weekend or establishing a friendly atmosphere can make a huge difference.

If someone feels more comfortable speaking to you in a day to day context, then that could eventually break down the barrier that stops employees from seeking help in the first place. Sarah says “It’s about creating a culture where it’s open.”