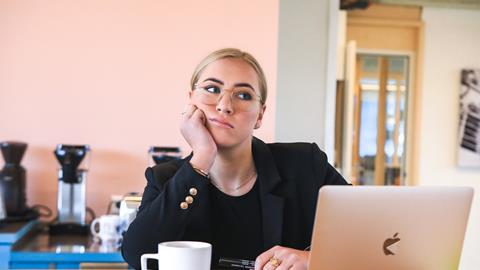 Is your ‘me time’ your free time? Employees may be overdoing their work at home

Working from home has become a way life, though new data suggests that some people haven’t completely adjusted to its demands and are overdoing it at home. What can be put in place to help us tone it down?

The COVID-19 pandemic has made many businesses rethink how they work. While offices, pubs and other places are opening their doors again, many people have or are still doing a substantial amount of their working from home.

There’s a stark difference between pre-pandemic and post-pandemic when it comes to the amount of people working from home. According to ONS data In 2019 under 30% of the workforce reported working from home, whereas in 2020 that percentage shot up to 46.6% and has been steadily ascending since.

It turns out there are people behind all these numbers and statistics, people that have been impacted by the pandemic, something that reflects in their work. Turns out working from home can have a significant impact on the hours you put in. Employees working from home were reported to have worked a higher number of hours than those who have never done so before. 32.3 hours was the average a week for homeworkers compared to 27.7 for those that have never done so.

A lot of the reduced hours for non-home workers is clearly going to be due to the pandemic, however, is some of that overtime put in by home-workers a result of work not only following you home, but taking up residence rent free? Data from TextAnywhere shows that there might be some unhealthy habits taken up during this health crisis when it comes to working from home.

Asking 1,000 people if they check their work emails during their off hours, TextAnywhere discovered that 66% of the participants admitted to checking their emails on annual leave. A further 73% were contacted by their managers or colleagues regarding work *during* their annual leave too!

The right to disconnect is something that’s been gaining a lot of traction recently, a newly proposed right for workers, especially amidst the virus crisis. France was the first country to really bring up such an issue, coining the term. In 2001 the French government going as far as to decide that an employee has the right to decline working from home and even decline bringing back any work-related tools too. This decision was reinforced in 2004, the Supreme Court affirming and even adding onto the amendment that if an employee wasn’t reachable by telephone outside of work hours, then it cannot be considered misconduct or punishable in the workplace.

France spearheading the “right to disconnect” has made many other countries question what should and shouldn’t be done in the workplace and your personal space. The question is though, are we reaping the rewards of the French disconnect revolution? More and more are calling for the right to be amended into the law. With the upcoming Employment Bill thought to be announced this year, people are calling for the right to disconnect, along with other amendments to be made for the health and happiness of workers in and out of their homes.

More rights for workers can never be a bad thing, with an increasingly work focused culture surrounding us these days those not at the top can be forgot. Hopefully there’s some good news in the upcoming Employment Bill that reflects the situation we’ve all been locked-down into. If we’re stuck at home again perhaps even a little change in the coming bill could lead to a bigger step towards considering wellbeing not just in the workplace, but out of it too.