Why harmful stereotypes are STILL holding women back at work

Preconceived notions are still holding women back in the workplace. It may be hard to believe that stereotypes are still blocks for career progression, but new research reveals that prejudice is still alive and well in 2021. Here’s how you can address this head on. 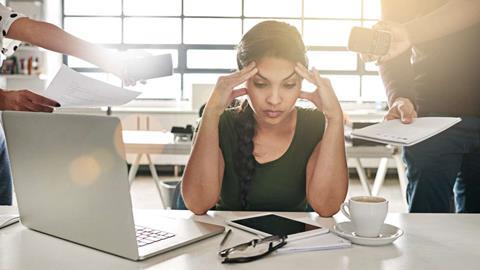 What comes to mind when you think of a CEO? For most of us, it may be a middle-aged white man. However, one in three businesses are owned by women globally. More than 400 million women are entrepreneurs, and already women aged 25-45 are showing a higher interest in starting a business.

Preconceived notions still determine the way we interact socially towards others.

The authors identified that the barriers oftentimes reinforce each other and further deteriorate women’s disadvantaged position by creating a vicious cycle, from which it can be very difficult to escape. Women are not considered competent because of these descriptive stereotypes, but when they have proven to be competent, they are often disliked. This is creating a wider workplace gap, according to statistics from the World Economic Forum.

“Gender stereotypes seem to be the most persistent barrier, as stereotypes play a role in almost all of the other barriers, stereotypes about women result in prejudice and bias in women’s societal, economic, organisational and working environment,” says researcher van’t Foort-Diepeveen.

”Gender stereotypes are constantly reinforced by distorted human perceptions about women from both men and women.”

The research shows there are also barriers related to women’s own choices, motivations, incentives and self-perceptions of career preferences.

“A lack of self-promotion has a reciprocal effect,” van’t Foort-Diepeveen explains. ”Due to the lack of self-promotion, women can be blamed for not having leadership competencies, but if women promote themselves, they risk being negatively judged based on stereotypes. The barriers “organisational culture” and “work-family balance/conflict” are also tightly intertwined.

Patriarchal and male-gendered working structures facilitate the association of full-time work, unbroken career paths, and long working hours with commitment. We found women with a family will find it difficult to comply with these norms and so may be regarded as less committed than men and therefore excluded from leadership positions in the corporate world.

The researchers also warn that we should be aware that the lack of women at the corporate top affects women’s access to female mentors and role models. Unfortunately, this can only change when more women enter the top positions.

Closing the gender gap could add £150 million to the UK economy by 2025 The Independent reports. With figures this high, it’s hard to understand why women are 30% less likely to get called back after a job interview.

There is no silver bullet in increasing the number of women on corporate tops and that several barriers need to be removed before women can enter the top more easily.

Due to the multi-faceted nature of the barriers, the barriers cannot be overcome by individual women themselves nor by companies alone. Companies can develop and introduce specific measures that can impose effective quota legislation to eliminate many of these obstacles women are unjustifiably facing but when is the question.

How to tackle stereotypes

We’ve rounded up some of the most harmful stereotypes holding powerful women back in the corporate world in an infographic below. Share it around in your networks to spread awareness and nip this in the bud.