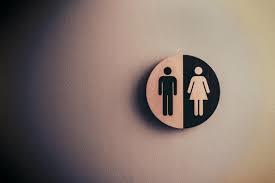 Diversity Is About Banishing Dullness

The perception may be that the process of achieving a diverse workforce is faltering: that employers are confused and concerned, employees are not served well by legislation, the government is hamstrung and that the recent declarations of the Catholic church have turned the subject of diversity into a political and theological football.

The perception may be that the process of achieving a diverse workforce is faltering: that employers are confused and concerned, employees are not served well by legislation, the government is hamstrung and that the recent declarations of the Catholic church have turned the subject of diversity into a political and theological football.

But the workplace is where things get measured; and diversity is no exception. Sometimes this can give a misleading impression.

In reality, workplace diversity is thriving; arguably better than it is outside the workplace. This is not to say it has reached a stage of perfection; it hasn’t. But knowledge and understanding overall is certainly increasing through employment. Most of us meet and interact with a much more diverse population through our work than we do out if it.

Many of us now have close colleagues and friends at work of different faiths and cultural backgrounds, of all ages, of both sexes and sometimes sexual orientations. This is often in sharp contrast to the monoglot friends we grew up with or who come to dinner, or with whom we play golf or go down the gym, the pub or on holiday with. These are interactions that don’t get measured in the same way.

Through our employment we come to understand just how accomplished many people are who; twenty or thirty years ago would have struggled to find work, whereas outside work we may never have had the opportunity to meet them in the first place. Most obvious in this category is disabled staff.

Before decent screen-reading software, blind people really struggled in the world of work; now with almost all information available via the web or email they can access virtually everything sighted people can. Wheelchair users who all too often couldn’t even get to work, let alone get into the building now have decent cars, accessible buildings and, where they need it, adaptable software. Even deaf and hard of hearing people have a greatly improved time with email, text messaging, Blackberrys and Typetalk/TextDirect.

And without workplace relationships, how far would Britain’s non-white, BAME (black and Asian minority ethnic) population have integrated into the wider community? As Lord Ouseley’s 2001 report on race relations in Bradford showed, schools, once segregated, too often become part of the problem.

It is with large employers, like the NHS where integration starts to happen; in 2008, nearly 50% of staff at the Bradford Royal Infirmary declared themselves to be other than ‘White British’. And while countless indicators show some ethnic groups, like Pakistani, Bangladeshi and Black African men have worse job prospects and lower pay (up to a fifth lower than an equivalent White British man, according to a 2010 report from the National Equality Panel), this same report showed variation in incomes within ethnic groups to be as wide as across the population as a whole.

Less dramatic, but more significant (because of the numbers involved) has been the pace of change affecting women’s job prospects. Women remain under-represented at senior level and under-valued elsewhere. Only 15 of the FTSE 100 companies have any female directors according to the Cranfield School of Management’s 2009 report; we have just 60 women MPs, and equal pay claims with Employment Tribunals are up 500% over the last 4 years.

But nobody now challenges the right of women to be equally represented on boards, in Parliament and at every level of the workplace and, as a result, in society at large. And with women doing better than men in higher education and moves afoot to allow couples to share maternity leave, gender equality is a much closer prospect than ever it was in the 1980s.

Of all areas of diversity, it is LGBT (lesbian, gay, bisexual and transsexual) people who have seen the greatest leap forward in full public acceptance. According to research by Stonewall in 2007, 93% of us now support laws to protect gay people from discrimination and harassment at work with 60% believing that gay people should be able to be open about their sexual orientation, no matter what.

It is the workplace that has compelled the reluctant majority to confront its collective prejudices around what the new Equality Bill calls people with ‘protected characteristics’ and led us all to understand the value of different people. Giving staff the opportunity to learn about human diversity, often supported by workplace learning programmes, has not only moved the whole process on, it has inevitably spread back into society at large.

As a provider of these kind of programmes, we are no longer surprised to find our diversity workbooks surfacing everywhere from inner city UK comprehensives and the NHS to, in one case, rural Tanzania. Organisations find that our programmes enable them to focus on all relevant diversity issues, not just those they were already familiar with and employees report that, having gone through the workbook learning, they have added confidence to know how best to work with people from a wide range of backgrounds.

By Alick Miskin, Head of Diversity at Grass Roots