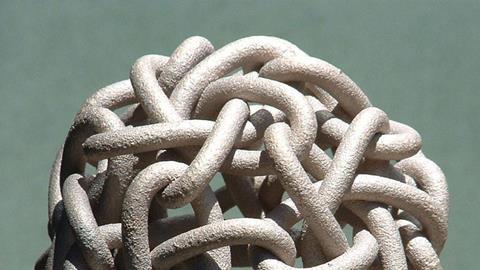 “The findings of The Corporate Gender Gap Report are an alarm bell on International Women’s Day that the corporate world is not doing enough to achieve gender equality.

While a certain set of companies in Scandinavia, the US and the UK are indeed leaders in integrating women, the idea that most corporations have become gender-balanced or women-friendly is still a myth.

With this study, we are giving businesses a one-stop guide on what they need to do to close the corporate gender gap,” said Saadia Zahidi, Co-author of the report and head of the Forum’s Women Leaders and Gender Parity Programme.

“Women account for one-half of the potential talent base throughout the world and therefore, over time, a nation’s competitiveness depends significantly on whether and how it educates and utilizes its female talent,” said Professor Klaus Schwab, Founder and Executive Chairman of the Forum.

“The Global Gender Gap Index was introduced by the World Economic Forum in 2006 as a framework for capturing the magnitude and scope of gender-based disparities and tracking their progress. In The Corporate Gender Gap Report, we aim to shed light on the economic participation and opportunity gap,” he said.

The report is based on a survey of 600 heads of human resources at the world’s largest employers. The survey contained over 25 questions and assessed companies on representation of women within their establishments and the use of gender-equality practices such as measurement and target setting, work-life balance policies and mentorship and training.

The survey also asked respondents to identify the biggest barriers to women’s leadership and their opinion on the probable effects of the economic downturn on women’s employment in their countries and industries.

All have the highest percentage of women employees at all levels among the responding companies.

At the industry level, the findings of the survey confirm that the services sector employs the greatest percentage of women employees.

The sectors that display the lowest percentage of women in the 20 economies are automotive (18%), mining (18%) and agriculture (21%).

Female employees tend to be concentrated in entry or middle level positions and remain scarce in senior management or board positions in most countries and industries. A major exception to this trend is Norway, where the percentage of women among boards of directors is above 40% for the majority of respondents. This is due to a government regulation that mandates a minimum of 40% of each gender on the boards of public companies.

Although wage gaps between women and men are a universally recognized problem, 72% of the companies surveyed do not attempt to track salary gaps at all. However, a more positive revelation is that almost 40% of the companies surveyed claim to be setting specified targets, quotas or other affirmative policies to improve women’s participation in their structures. With the exception of Mexico and Brazil, the majority of companies in most countries claim to offer longer-term leave or career breaks for parents or care-givers.

The opinion-based portion of the survey gives insight into the perceived barriers to leadership and the effects of the economic crisis. The biggest barriers to women’s access to leadership positions identified by the respondents are “general norms and cultural practices in your country”, “masculine or patriarchal corporate culture” and “lack of role models”. The least important barriers are identified as “lack of adequate parental leave and benefits” and “inadequate labour laws and regulations in your country”.

More than 30% of respondents in France, Italy, Mexico, Spain and the United Kingdom believe the downturn would be more harmful for women’s jobs in their country. Among the industries, 10% of the respondents in automotive, engineering & construction and logistics & transport feel the downturn may be more negative for women in their industries than for men.

The report is co-authored by Herminia Ibarra, Professor of Leadership and Learning and Professor of Organizational Behaviour, INSEAD, France; and Saadia Zahidi, Director and Head of Women Leaders and Gender Parity Programme, World Economic Forum.