Ahead of its paperback release, The Good Ally author Nova Reid recently spoke to Stylist to discuss how we can create sustainable allyship. 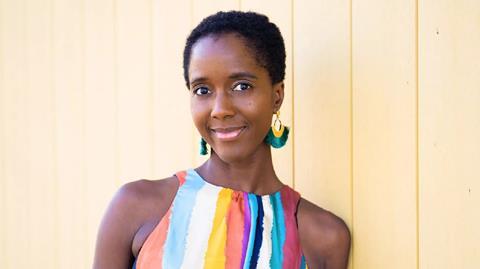 Ideas Fest speaker, thought leader and author Nova originally released her debut book, The Good Ally, in 2021, as an urgent call to all to become better allies against racism. Describing who her book is for, Nova says it’s “for everyone who wants to be part of the change, but feels helpless and doesn’t know how to move forward.”

Her book has had a very real-world impact, from a criminal justice group in Wales releasing an anti-racism action plan embedded with practices from The Good Ally to NHS mental health practitioners using her frameworks to help empower leaders to be anti-racist.

With the theme of this year’s Black History Month being Time for Change: Action Not Words, Nova recently sat down to discuss how to keep the momentum of anti-racism work going, even in times of crisis.

When The Good Ally was first released it was during a powerful time, when many conversations were centred around allyship.

“It was the summer of 2020 and the murder of George Floyd galvanised people across the globe in a way that has never been done, so as a result of all of these initiatives, the spotlight was put on understanding the real impact of systemic racism,” she explains.

However, sadly, the powerful tide of this wasn’t sustained by everyone.

“What you saw is the momentum just dropped and the apathy started to set in for people who thought that it might just be a quick fix. People who wanted to just get the guilt off their plate and donate to charities once and be done. But the reason these organisations are in existence is that this stuff is ongoing because people are suffering daily,” she told Stylist.

Now, a year on from the original release, Nova pointed out that we are once again seeing this fatigue, and the conversation isn’t as widespread as it should be.

“We can all do little things consistently that have real impact,” she said. “Stay curious, and avoid the debate of who’s right, who’s wrong and who gets to maintain innocence. Lead with humility. There are always going to be things you don’t know or things to learn and do better by. But apologise, take responsibility and make a change. That’s the key thing for me. It’s taking responsibility when we do get things wrong and knowing what you can do better next time.”

“You have to make anti-racism an intentional practice because we’re so used to not centring Blackness. Racism has been so normalised in society so we have to be intentional with unlearning that.”

As she rereleases the book in paperback she has added a new foreword and chapter that discussed how love has to be at the root of any activism.

“How can we as a community come together when we are exposed to so much human suffering when we’re demonstrating the opposite of love and total lovelessness with one another?” she asks. “Racism is built on the opposite of love and being anti-racist, so how can we intentionally practise both love and anti-racism? So I wanted to write a love letter to the power of that undoing.”

The Good Ally will be published in paperback by HQ, Harper Collins on 13 October 2022, £9.99. Available in hardback, eBook and audio. Find out more here.