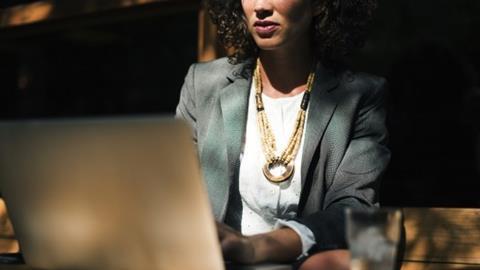 The firm has built its reputation over the last 12 years in four main sectors: therapeutics, diagnostics & medtech, digital media & software and Cleantech and electronics. With over E800m under management, Wellington has developed a knack of spotting and then backing some of Europe’s great venture success stories over the years.

In Digital Media alone it is an investor in businesses such as Spotify, TravelHorizon and Adconion and a similar calibre of deals appear in its portfolio listings in the medical arena. And now the fund managers are applying the lessons they have learned in these more “established” sectors to the Cleantech arena. With half a dozen investments already, Wellington is now rapidly building its reputation here too, co-investing alongside the likes of Kleiner Perkins et al.

It is not just in terms of geographic reach and sector focus that means that entrepreneurs and early stage investors should make sure they make a friend at Wellington. It is also because the firm remains true to its core spirit of being a Venture Capital investor.

It will invest in a technology spin-out from a university or corporate — one great example is Germany-based EnOcean GmbH which develops and markets innovative low energy wireless sensors; another is Cambridge based Enecsys (high performance micro inverters for next generation solar PV modules) - as well as more established businesses. In fact it is a firm that does not look for what is hot now, but what will be hot in the future.

Good old-fashioned research and hard-work are, I suspect, the reason why Wellington stands shoulder to shoulder with the great names in pan-Atlantic venture capital. The firm stresses the value of its reach into the US (and more recently China) in understanding what technologies are going to win.

As Christian Reitberger, one of the partners at Wellington reminded me, it is not always the best technical solution that wins, especially on a global stage, it is the one that assuages the pain of its customers at the right time and, most importantly is marketed and sold to those people in the right way.

In fact Wellington’s experience has led it only to back businesses based in Europe, which are way ahead of their curve in a sector; on the grounds that if the US has a similar technology on par with the European counterpart, it is likely that they will win long term because they understand better how to market and sell from day one. Wellington’s first call when it spots a new technology is to ring the Palo Alto office to find out if there are 17 stealth start-ups in the same field in the US. Unfortunately for a European entrepreneur, if that call says there are, Wellington would be reluctant to do a deal for this reason.

Reitberger told me that US entrepreneurialism is certainly helped by the positive attitude in large US corporates towards working with start-ups and US Government interventionist strategies in recent economic times.

Wellington is also well aware that China too, will be an increasing threat to European entrepreneurial success. The fact that, driven by Chinese Government policy, the China Development Bank will give credit to an exciting technology start-up is a real threat to the European market if a similar business in the region cannot get the same results from its own financial institutions, state-owned or otherwise.

China is also catching up fast in terms of both volumes of R&D and already has a lead in manufacturing. Europe’s key strategic advantage remains however. We still, thanks to our liberal societies and the creativity that comes from a long history of free speech, have an edge in inventing the best (and often unconventional) solution of all.

Reitberger was keen to stress that there are great entrepreneurs all over Europe — from Norway to Spain and that Wellington Partners wants to find them and back them. It can offer these people a lot more than cash. As Dr Martin Kroener of biomass gasification specialist agnion (backed by Wellington in 2009) said:

“Their network has helped us to accelerate our roll-out in Europe and the US.”

It is quite a game to spot the winners of the future. It means studying statistical trends, not just to find exponential growth, but to know WHEN that growth will really take off and to make sure the business is ready at that time to perform.

A great example of how this work pays off is Enecsys. When Wellington invested in June 2009, micro inverters were not “hot,” but its analysis of the PV market showed that by 2012 there would be over capacity in the market, and that manufacturers would be looking to add value to their solar panel products — Enecsys’s technology would be able to offer a solution at that point. It has been a quick win for Wellington — the pain has come earlier and Enecsys is now in pole position to exploit it. The firm is hoping to be able to tell a similar story in disruptive LEDs in a few years time if fellow portfolio company, GLO (based in Sweden), follows a similar pattern.

When Wellington backs a business, it backs it properly. It will typically join or lead funding rounds of E5-50m and can commit up to E25m itself. This is more like the textbook US venture investing model than the European one.

Wellington has learnt its lessons on how to invest over the last three big VC investment cycles, especially in digital media and medtech.

Now they are applying the rules to the Cleantech sector -

“because that is where the great entrepreneurs of Europe can now be found,” according to Reitberger, “and we want to back those great people. Great entrepreneurs who used to be found in electronics or IT are now basing themselves in the Cleantech sector.”

Europe has an incredible research base, which makes for rich pickings in technological terms — better than the US, but Reitberger stressed that the trick to finding the best deals is not by looking for a trendy name be it “nano” or anything else. With around 250 subsectors in energy, water and waste management alone, following the fashion for one of them won’t do the job in the way that research and market understanding will.

Often the answer to a great investment is positively to veer away from what is “trendy” today. What you have to do is make sure that a technology does what the customer wants (or will want) it to.

Reitberger is the first to admit that having a good strategic position from an investment perspective in one sector, helps to identify good technologies in another. He cited how digital media is overlapping with Cleantech in terms of using the mobile internet to provide real-time data.

In shipping this means that energy hungry shipping companies can manage their fleets more efficiently. Wellington’s investment Shipserv is now a world leader in maritime e-commerce solutions. It’s a win:win:win. Shipping companies save money and time; CO2 is reduced and Shipserve and its investors make money.

It is this potential for three-way wins that makes Cleantech so interesting to Wellington. Although its limited partners are still primarily returns driven, both they and the Wellington GPs are conscious that doing good in terms of Climate Change on top of the profit motive, means that they will be able to look their children and grandchildren in the eyes and to say that venture capital is not so wicked after all! And one day, perhaps, as Lord Brown of Maddingley (former CEO of BP) predicted, the next great energy company will emerge from the Cleantech space.

Wellington has not yet backed a business that has got into the FTSE 100. Maybe it will be one of the young deals in their Cleantech portfolio that will achieve global leader status within the next decade.