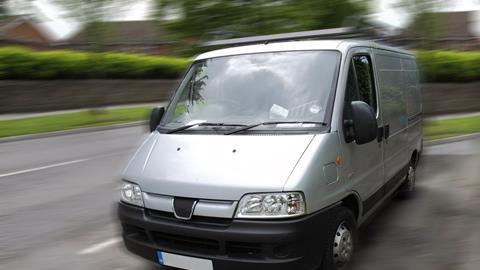 Over these summer months many small business owners are likely to be planning to take their van abroad, whether it’s to work on an overseas contract or for a summer holiday.

However, be warned that last summer, one in five Brits admitted they don’t research foreign rules of the road before heading overseas on a driving trip

This lack of knowledge about driving abroad is leaving Brits vulnerable on foreign roads, especially those that are heading overseas to work. As millions of UK motorists head for Europe this year, it is crucial that van drivers are prepared.

There are a number of things to consider before heading abroad in your van:

It’s surprising how many van insurance providers don’t cover for business use abroad. In other words, if you’re working on a foreign contract, you shouldn’t assume the cover you have in the UK will be applicable when your tyres leave British soil.

This can also catch out courier drivers who think their hire and reward insurance will be valid alongside European cover, when in reality it often isn’t. Therefore, it is always worthwhile taking specialist advice so you know exactly what you are and aren’t covered for.

Make sure you’re covered for all your needs

It isn’t only van insurance you need - breakdown recovery or cover for any medical treatment should you be involved in an accident are equally important. By talking to a specialist before you take out any cover you can make sure your insurance meets your individual needs.

Remember to take copies of your insurance documents including your Motor Insurance Certificate with you. Some countries also require van drivers to keep ownership documents with them, such as the V5c (this even applies if it’s a company vehicle) or the equivalent from the hire company.

Also make sure you have both parts of your driving licence with you at all times. The photo licence is easily kept in a wallet or purse but when driving in a foreign country it’s also important to take the green or pink paper licence.

If you do not produce these documents when asked you could incur an instant fine.

Do you need a Green Card?

Before travelling abroad, find out if you need an International Driving Permit (IDP) and a Green Card which provides you with a minimum amount of insurance (typically third-party only) anywhere in the EU plus a few non-EU countries such as Switzerland, Norway and Liechtenstein.

Third-party only cover means you wouldn’t be covered for damage to your own van in an accident that is your fault, or if your van is stolen or if you get involved in a legal dispute following a collision.

It is important to check with your insurer that your comprehensive insurance will be valid elsewhere in Europe.

Some insurers (such as Commercial Vehicle Direct) include this cover, but you need to tell them when and where you are travelling.

Most EU countries have agreed that it is no longer necessary to carry a Green Card. However, some countries do still demand one – for example Romania, Malta, Andorra and Poland, while it is advisable (even though it’s not legally required) to carry one in some parts of Italy.

What to do at the scene of an accident

If you’re involved in a motor accident abroad, stop immediately if it is safe to do so, call the police and take the details of any other party involved. It is also important to take photographs of any damage to your van.

These could be crucial in helping to support any claim you may make or any claim that might be made against you from another driver.

When to tell your insurer about the accident

In the event of an accident that immobilises your vehicle, you should tell the insurance company about the incident immediately. If your vehicle is drivable it is acceptable to wait until you return to the UK as long as it is within the following two weeks.

However, in the case of an emergency you should contact your insurer’s local representative which you should have been given when you informed them of your intention to go abroad. If for any reason you do not have these details or the representative cannot be contacted, phone your insurers in the UK.

Make sure your van is up to scratch

Ensure your van is in good roadworthy condition, that it has been serviced and that it’s fully equipped for the journey before you leave. In addition, take a spare set of keys, a first aid kit, spare bulbs, a tool kit, a warning triangle, fire extinguisher, driving licence and any additional emergency or breakdown numbers you may need in case of an emergency. Failure to do so means you risk not being able to complete the work you went abroad to do.

Let other drivers know where you are from

When driving your own van, display a GB sticker in the back windscreen, which can be purchased from many online retailers or car maintenance stores. This will make other drivers on the road aware that you are not a local driver and will hopefully encourage them to make allowances.

Take time to make sure you know what the legal requirements are for van drivers and their vehicles in the country or countries you are visiting. For example, when driving in France you must carry a breathalyser with you and some EU countries require you to have a reflective vest as well as one for each of your passengers.

Meanwhile German law dictates you must drive with a warning triangle in your vehicle. It’s also worthwhile finding out what the local speed limits are; the French Government has recently installed hundreds of unmarked speed cameras and takes a tough line on speeding offences.

Research will help to make sure there are no unexpected charges or nasty surprises when driving your van or working abroad. For example, the size of your van can result in you being charged extra to travel on ferries or foreign roads.

In Norway for instance you would be charged for both ferry and road use if your van is over 6.01 metres in length or weighs in excess of 3.5 tonnes. Also, if you’re heading overseas in your van to work on a contract it’s important to be aware of working regulations in the country you’re heading to.

Be a responsible driver

Tiredness after travelling can affect your driving ability so take regular breaks to reduce driving fatigue. This is especially important in Europe where there are often larger driving distances involved so it is easy to underestimate how long a journey might take you. Avoid drinking alcohol if you are responsible for driving, as although alcohol limit levels might be lower in other countries, some have zero tolerance altogether.