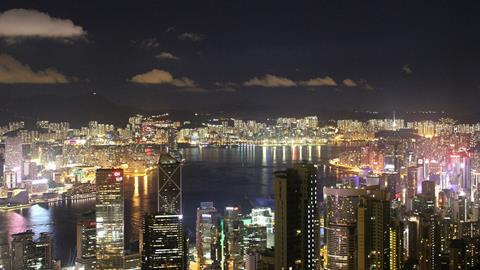 Hong Kong’s economic importance in South East Asia is difficult to deny. The city’s ideal geographic location as the ‘Gateway to China’, coupled with one of the world’s most advanced business infrastructures makes it a beacon to foreign direct investment, which in 2011 was estimated to make up over 34% of GDP.

Despite increasing competition from nearby Singapore, Shenzhen and Shanghai, Hong Kong still retains its competitive edge in global rankings, which is mostly down to “conventional economic pillars” such as finance, logistics and trade, tourism and professional services. As such, GDP rose 4.7 percent in 2013, amounting to HK$512,600 billion (US$66,140 billion).

Hong Kong is a financial capital and a keystone for much of the business activity in Asia, and remains one of the world’s most competitive centers for finance and business.

In 2011, it was the first region in Asia to top the World Economic Forum’s fourth annual Financial Development Report, overtaking the US and the UK in the process. The world-renowned Hong Kong and Shanghai Banking Corporation (HSBC) Group was founded in the city 146 years ago and today has more than 7,500 offices in 87 countries and territories worldwide.

According to the DHL Global Connectedness Index 2012, Hong Kong is still one of the leading territories with respect to the depth of its international connections. In 2012, merchandise exports-to-GDP ratio was 187 percent, which is the highest in the world.

Home to one of the most corruption-free economies in the world, the Hong Kong authorities have adopted a ‘market driven with minimal government interference,’ which is a strong incentive for foreign investment.

In 2013, the World Bank ranked Hong Kong as the second easiest region to do business with because of its efficient customs, strong legal system, low and simple tax regime, free market policies, free flow of information and English as the language of business. There are now more than 7,000 foreign parent companies with operations in Hong Kong.

Much of Hong Kong’s economic success is attributed to its well-educated and resilient workforce; it ranks among the best in the world for managerial talent and experience in international business.

A considerable amount of labor legislation in the last 10 years has helped to improve working conditions and employee welfare, and in 2012 over 7,000 work visas were issued to UK and US citizens, looking to join the Hong Kong labor force.

Hong Kong’s tourism industry — which accounts for 6.5 percent of employment — is also largely benefiting from the thriving inbound of visitors from the mainland.

The Economist reports that 34.9m people visited from mainland China in 2012, making a significant contribution to the US$296.6 billion earned from inbound tourism alone that year.

As well as being a world-class logistics hub, Hong Kong ranks first in the world on international internet bandwidth per user, which is promising for the future of e-commerce. According to Alipay, a Chinese equivalent to PayPal, Chinese mobile commerce will outgrow the US in 2014, with transactions expected to reach about US$27 billion.

Despite having high levels of internet connectivity, there is a lack of technology start-up companies in Hong Kong and critics claim employers and educators need to develop more technology talent to keep up with global demand.

The region is also facing a looming waste-management crisis, which is having a direct impact on businesses. In 2011, three out of four companies said that the poor air quality was making it harder for them to attract and retain employees from overseas.

An over-reliance on traditional sectors such as finance and professional services has left the region vulnerable to weak growth in major advancement markets, and it’s beginning to make a difference to global rankings.

In 2013, Hong Kong fell to third, behind Switzerland and the US on the IMD World Competitiveness Center (WCC) list.

Climbing property and rental costs are having a huge impact on Hong Kong’s local market. According to the Hong Kong Rating and Valuation Department (RVD), property prices in September 2013 were 7.8 percent higher than in December 2012, which Lim believes could drive out small businesses if prices continue to increase.

Many small businesses have already been squeezed out by rents that are twice as high as New York and four times higher than London. To compensate, they will either seek ways to minimize the rental space or replace their bricks-and-mortar business with click-and-mortar business.

By developing strategic products for specific sectors, namely technical services for the technology sector and e-fulfilment services for the retail and consumer sectors, we could help increase Hong Kong’s competitiveness as a logistics hub.

The pharmaceutical and skin care industries are sectors to watch, as Hong Kong faces an increasing aging population.

While technology and spare parts logistics remain the two important sectors to DHL Supply Chain Hong Kong and Macau, we are eager to develop our e-commerce capabilities amid the prevailing trend of click-and-mortar business.

There are several local and international logistics companies operating out of Hong Kong and looking to expand operations to the Chinese mainland as the economy grows.

A world-class air and cargo system in Hong Kong helps to manage around one-quarter of China’s imports and 40 percent of its exports.

Hong Kong’s natural deep-water port accounts for almost a third of exports in and out of mainland China and, in 2012, Hong Kong handled 4.03 million tons of airfreight.

The Pearl River Delta (PRD) region – a densely urbanized area and emerging megacity, surrounding the Pearl River estuary – is set to be one of the main hubs of China’s economic growth.

However Hong Kong’s well-connected sea and airport and world-class supply chain facilities and infrastructure qualifies it as an excellent regional logistics hub compared with cities in the PRD, and the region’s growth will only have a positive impact on operations in Hong Kong.

There’s little chance of Hong Kong’s strategic importance to the region fading; it remains the first port of call for international brands testing the waters of the Chinese market. But people remain its most critical asset, and the one that requires the most investment.

To face challenges from other economic centers, Hong Kong must funnel resources towards rebalancing the economy and do more to support start-ups and small businesses.

A healthy base, where small economic players are given the chance to flourish as much as the large, will be critical to the country’s success.