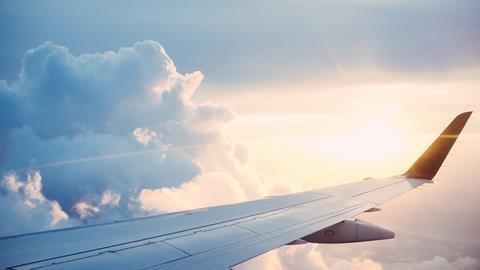 No Longer A Customer, But Part Of A Process

This week I had to go on a business trip to Guernsey. Any business trip that involves flying fills me with trepidation, not because I have a fear of flying but because I know that I will go from being a valued and important customer to becoming something akin to meat being processed through a machine.

This feeling of being processed doesn’t just start at the airport but the moment I hit the airport perimeter. For this trip I was flying from Gatwick and to save a rush in the morning I decided to stay at the Hilton, right next to the terminal. It is a tired looking place from the outside and could do with a facelift.

At £175 a night my room could have been much better, however, my greatest criticism is aimed at the service.

Being a well-known international brand I would have expected a good service, but in this case it was appalling. If there is one thing that makes my blood boil it is when there is a long queue at reception and only one receptionist on the front desk even though there are a number of people at the back.

We, the customers, are expected to stand there at the mercy of their process and procedure, which all too often seems to be navigated through by what appears to be a foreign student trying to learn English. It feels no different to queuing up at the airport check in desk to get your luggage on board.

In this case ‘process and procedure’ has taken over from customer service because of the monopoly position that this hotel holds. You can’t get any better than being right next to the terminal and have no direct competition.

You get the sense that the accountants have really sharpened their pencils and pared everything down to the bare minimum, hence the long queues at reception, the drab exterior and the unremarkable rooms.

They get away with such second-rate facilities and service because most people are just passing through. I am sure hotels like the Hilton know this could be people’s mind set and build that into the business plan.

Talking of poor service being built into a company’s business plan, Ryan Air has made an art of it. Customer service is way down on their list of priorities.

Consumers are treated like cattle and the business seems to be designed to heavily penalise customers for any tiny misdemeanour. But the consumer tolerates this because the cheap tickets mean they are prepared to shut down and allow themselves to be churned through the process.

For me the worst part of this nightmare is when I hit the security wall. Now, with all security walls - be that trying to get into the Houses of Parliament, the American Embassy or getting on a plane — you can forget customer service. The experience here reflects the State’s attitude towards its citizens and visitors.

At these security walls you are in a strange no man’s land waiting to see whether the authorities will allow you to proceed. These security walls invariably involve having to wait in long queues. Your comfort and time plan are of no consequence. Before now I have had to stand in the pouring rain for an hour queuing to get into the Houses of Parliament. I suppose no one has thought about building a shelter to protect visitors from the elements.

We put up with this degrading service because over our heads hangs the threat that it is for our own protection against terrorism Competition is the great arbiter when it comes to making sure that we are treated as customers not cattle. Where there is no competition the process rules. The NHS is another great example of where we become victims of the process.

Recently I attended a 2.30pm appointment to see a consultant who I eventually saw at 4pm. When I challenged the management why this was the case I was told that they have 15 people all with 2.30pm appointments!

Even though I had a very busy schedule of other things I had to do that afternoon, I was expected to forget that and slot into their process and their convenience. No longer a customer, but part of a process.

Most people put up with being treated like cattle because they feel that they do not have any choice. That is why these institutions get away with it. I don’t believe it has to be like this. What we need is for these places to regard us as customers using a service, not as things to be processed.

For me this problem is easily fixed. It is about adopting a different attitude.