The importance of being your authentic self with Gareth Thomas CBE

Gareth Thomas CBE took to the Conversations that Matter stage to discuss his journey with mental health, men’s mental health in sport, and the importance of being your most authentic self. 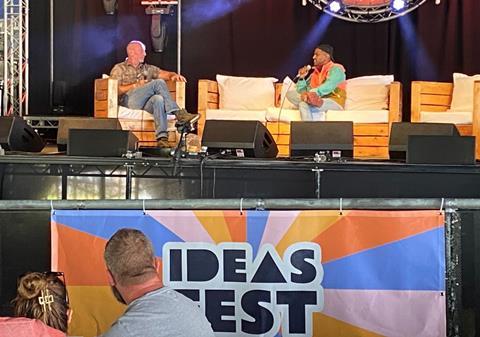 The subject of mental health in the sports world is a double-edged sword, on one hand, there is huge research that shows sports is one of the biggest ways to tackle mental health and introduce positive wellbeing, then, on the other hand, the community that surrounds sports - especially male-dominated sports stars - is known for its narrow mindedness when it comes to the mental health of its players.

Someone who knows this all too well is Welsh rugby star, Gareth Thomas CBE. Famously known as one of Wales’ best players, he was the most capped Welsh rugby union player until he retired in 2011. In 2009 Gareth made headlines as he opened up about his sexuality and came out as gay, which was a huge step to take for someone in his industry. Sadly, he was met with some harsh comments, but the experience has made him the man he is today - and he joined us on stage at Ideas Fest to tell us exactly how it changed his life, and why being your authentic self is so important.

Interviewed by Chris Kenna, founder of Brand Advance Group, Gareth started the talk by opening up on why rugby means so much to him, and how it was the first time he had felt a true sense of community.

“Sports and talent can truly give people a sense of identity, and community - and for those who are working jobs that they hate, they know on the weekends they can go to the rugby club or take part in whatever sport it may be that they love and they can forget about work and, they can find their happiness and community,”

“Being part of a team, and wearing the badge made me feel a part of something special, and that I was representing something -which was always so important to me,” he said.

As with many celebrities, they’re often living a life behind the scenes that only the people closest to them will know, which can take a toll on their mental health and wellbeing. Discussing why he decided to take the step to come out publically Gareth said:

“I remember thinking ‘I really want to know what it feels like to be truly authentic. I was making decisions based on 60% of what I wanted to do and 40% of doing what other people wanted me to do or be. Making decisions when you’re truly authentic is when you can actually find out who you are and where you’re happy. So I took the leap to do almost 100% of what I wanted to do and be.

“And I was okay with people not liking me for being my authentic self - but I was no longer okay with people liking me as the fake version of myself. When I realised this I became a much happier and nicer person in every aspect.”

On the back of Gareth’s announcement, as a country, we saw a huge shift in the way people were opening their minds and becoming more accepting of the gay community. Gareth has been an inspiration to thousands of men and young boys across the UK, and sadly at the time, there was no other representation of gay men in the sports community. His announcement opened up conversations and inspired more and more people to be their authentic selves, and accept others for being their authentic selves.

Addressing this, he said “Of course, it’s great, however, I didn’t do this to be a trailblazer and make changes for other people - I came out because I needed to know what it felt like to be myself’

“In my parent’s home they have a cabinet of all of my awards and achievements, and not long after I came out my dad asked me to look at all of my achievements and pick out one that I thought was my biggest achievement - instinctively I picked out one that I thought he would’ve picked - a rugby shirt. Straight away disagreed and pulled out all of the letters that people had sent me thanking me for coming out. He gave them to me and said ‘This is the legacy I want you to leave behind.”

In 2015, Gareth took part in the Guinness ‘never alone’ campaign where he spoke about coming out and the support he received from his team. The campaign made huge waves and got people talking even further about how important it is to have representation out there for everyone to look up to.

Discussing why this campaign was so important, Gareth said: “It’s amazing that a company like Guinness which has a stereotypical ‘macho’ culture wanted to share my story, and the importance of proactive support - it changed the way big companies can promote diversity, not just tick a box, but be a front runner in the promotion of diversity.” 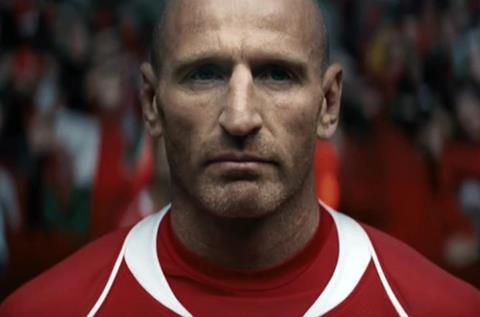 Another huge chapter in Gareth’s life was his diagnosis with HIV, which he was forced to announce in 2019 after the media threatened to leak a story on the matter.

He was the first UK sportsman to disclose he has the virus during an interview with the Sunday Mirror. Gareth had wanted to keep the secret to himself, and his privacy was taken away from him - which goes to show there is so much more that still needs to be done in regard to celebrities and their mental health and wellbeing.

Speaking about how this situation affected him, he said: “Regardless of who you are and what your status is, you’re allowed to have secrets. Unfortunately, this secret leaked and even reached my parents before I could tell them - taking away my ability to deal with it how I wanted to”

“I decided again to be in control of my own story, so I announced it before the media could - this is when I made my documentary: Gareth Thomas: HIV and Me.”

Closing up the conversation Gareth addressed the way society now sees gay representation: “Society does this thing where if you ask them to picture a gay person they will have a certain stereotypical picture in their head - I wanted to change this, and I hope as a society we can continue to break the moulds.”

Interviewer Chris Kenna who openly spoke about Gareth inspired his own coming out story, he said, “The world is on fire and we’re all looking for the light - and you have been that light for so many people.”