The EmpoWOMENt Series: Women in the Telecommunications industry

In this series we will be shining a spotlight on some of the inspiring women who are breaking down barriers, leading by example, and paving the way for the future of women in the telecommunications industry. There are so many incredible women that are changing the world of telecoms, and we wish we could shout about them all - this list rounds up just a few of our top picks of women in the telecommunications industry (telecom).

Did you know that less than 40% of the telecommunications workforce is upheld by women?

Women are still under-represented across many industries in the UK, with the telecom industry facing a particularly steep gender disparity. Obstacles in career progression are a common challenge that women face across all tech industries, and it’s important that those obstacles are removed so that we can create a fairer, more inclusive future for all women.

So, what more can we do to encourage women to go into careers in the telecoms industry?

We must challenge the stereotyping and bias that can still pervade the working culture, particularly within the male-dominated telecoms sector. Attracting and retaining a more diverse workforce will maximise innovation, creativity and competitiveness, and pave the way for a brighter future - which is the exact reason why we’ve compiled this list.

This list of women in the telecoms industry are true changemakers, breaking boundaries and paving the way for the future of females in this industry - hoping to inspire more females to follow their career dreams. 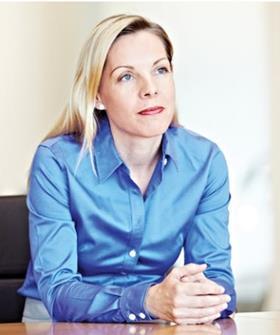 As Director of Marketing and Communications, Amanda leads the team responsible for demonstrating to businesses that Vodafone is the best partner to help clients succeed in the digital world.

Amanda encourages an insight-driven and customer-focused approach in her team, creating customer propositions and marketing programmes tailored to businesses of all sizes. Her team works to strengthen the collaboration between marketing organisations across the world and leverage the power of the global marketing community.

Prior to joining Vodafone, Amanda held senior marketing roles across the technology industry. Most recently, as Global Chief Marketing Office for Infor and before that, leading marketing teams at Oracle, Dell, Cisco, and a number of other multi-national corporations.

Over recent years, as a Digital and GTM-focused Board Member, she has helped organisations, large and small, with their go-to-market strategies and international ambitions.

Amanda’s passion for technology innovation translates into the marketing sphere as an ambition to reimagine how the newest tech can enhance campaigns, propositions and marketing operations in the telecommunications industry. 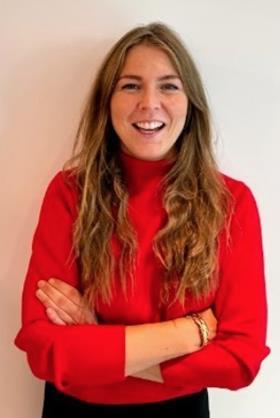 Bobbie leads Vodafone’s Global Sustainability practice. In this role, she oversees the company’s ESG strategy, reporting (to investors, Annual Report, indices), and advocacy on ESG topics. She is working to make Vodafone the most sustainable company in the telecommunications industry.

Prior to this, Bobbie was Vodafone’s Head of International Public Policy and Public Affairs where she oversaw the company’s global Public Affairs practice as well as Vodafone’s relationship with the UN and other international bodies. She has also worked in positions at Vodafone managing external relations for new market entries and exits and overseeing political and reputational engagement on major M&A projects and partnerships from China to Egypt to Iran.

As well as her work with Vodafone to create a better more sustainable brand, she is also a huge advocate for diversity and inclusion - “Never forget that the world needs your voice as a woman. There is still a huge gender gap in the industry. Always come back to this during moments of self-doubt, which believe me, will come and go throughout your entire career!” she said. 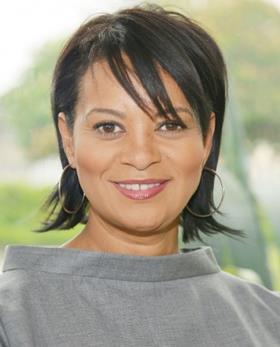 Bridget has over 25 years of retail and telecom experience across a number of high-profile organisations including Sainsbury’s and O2. She has a passion for creating high-performing teams, nurturing talent and delivering transformational change, with a relentless focus on the customer.

Bridget also actively promotes diversity in all its forms, is a Non-executive Director for Marston’s PLC and also sits on the Board of Governors at Manchester University.

She is a strategic business leader with a reputation for delivering significant improvements in bottom-line performance and developing high-performance teams across multiple retail sectors in the UK and internationally.

An expert at leading customer-focused transformational change to deliver in a digital world, Bridget has conceived and delivered a number of award-winning initiatives across culture change, multichannel and new store concepts. Known by many for her intuitive understanding of customer needs and a pragmatic approach to delivering results in the telecoms industry. 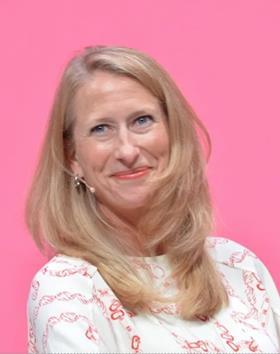 Prior to taking on her role at Sky, Dana was President of Consumer Services for Comcast Cable, the largest broadband and PayTV operator in the United States.  Before joining Comcast, Dana also served as President and Chief Operating Officer of Virgin Media and Chief Transformation Officer of Liberty Global. In addition, Dana has held numerous leadership roles in Europe and Australia - where she first kicked off her career in telecommunications, as COI for the Australian firm Austar in 1999.

Dana has been honoured with many business and industry awards for her leadership and has held several board positions.

Sky is one of the largest telecommunications and media companies in the world and it’s so inspiring to see a female at the head of the table for a company like this. 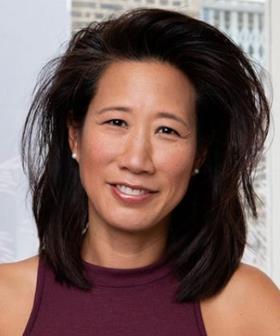 Eileen Burbidge MBE joined the Board at Currys PLC, which now covers telecommunications company Carphone Warehouse, as a Non-Executive Director on 1 January 2019. Eileen has a university degree in computer science and since her career starts in telecoms at Verizon Wireless, she has held various roles at Apple, Sun Microsystems, Openwave, PalmSource, Skype and Yahoo!

Eileen was previously a member of the Prime Minister’s Business Advisory Group. Eileen is the HM Treasury Special Envoy for Fintech and Tech Ambassador for the Mayor of London’s office. Eileen also co-founded Passion Capital in 2011 where she is a partner and represents as non-executive/investor director at Monzo Bank along with several other Passion Capital portfolio companies. 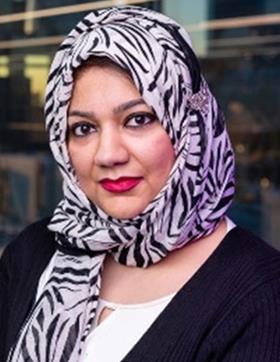 Hena is the Chief Information Officer for BT’s Global division, which provides global security, cloud and networking services to multinational companies worldwide, with operations in over 180 countries.

Before this, she was the IT, Digital and Data Director at Openreach, the BT subsidiary that connects nearly all homes and businesses in the United Kingdom to the national broadband and telephone network. Hena is a transformational technical leader/engineer who has built an exceptional track record of delivering customer and business outcomes. In the various CIO roles, she has consistently solved business challenges with commercial astuteness whilst boldly introducing and embedding innovation - she is helping make huge changes in the telecoms industry.

Henna is also part of a new team led by the Chief Digital and Innovation Officer, who are dedicated to gaining insight and understanding of where BT stands as an organisation, and how they can use that to adapt their culture to attract a new generation of tech talent - as a team they’re working on resetting their culture accordingly. 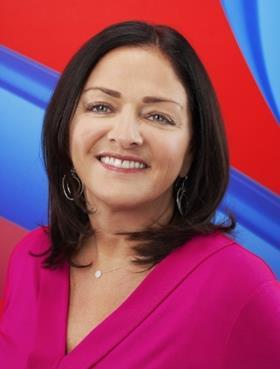 Jeanie is a dynamic global leader with 22 years of diverse industry experience in the Telecommunications, Mobile and Cable sectors.

Passionate about people and cultivating teams to be their best, Jeanie is committed to making a difference in the world by leveraging Technology and Innovation to help communities and enterprises grow, stay safe and keep connected.

Before her appointment at Virgin Media O2, Jeanie held the role of Chief Technology and Information Officer for Virgin Media from for over 2 years. Prior to this, she spent almost six years at Liberty Global, joining as Vice President of Network Operations in 2013, where she was responsible for network operations across 10 European countries.

She was appointed Managing Director in 2017, where her role included responsibility for network engineering and operations. Before joining Liberty Global, Jeanie held various other senior management positions at Qwest and CenturyLink over a period of 15 years.

As well as the success she has seen in her career, Jeanie is a member of the Women in Cable Telecommunications (UK chapter) and she is also involved with Child Advocates – Court Appointed Special Advocates (CASA) - she truly is playing an important role in making the telecommunications industry more diverse. 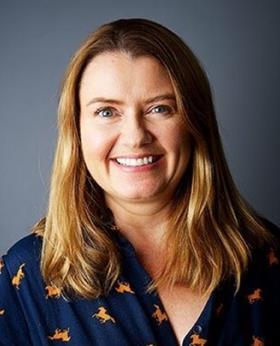 Telent Technology Services Limited is a British radio, telecommunications, and digital infrastructure systems installation and services provider company. CEO Jo is responsible for leading the company to deliver excellent customer service continued growth and ensuring that Telent is a great place to work. Jo was a member of Telent’s founding management team in 2006. Previously she was Telent’s Chief Operating Officer and before that Head of Legal and Commercial which also included responsibility for Telent’s QEHS and Company Secretarial functions.

Jo is an Exeter law graduate and practised as a barrister before joining Marconi in 2000. She has held various commercial and legal roles at Marconi and was Head of Legal for AsiaPac and the Americas prior to Telent’s formation.

Jo is the lead on ensuring that telent delivers critical digital infrastructure services, and delivers them brilliantly. From concrete to the cloud she understands technology inside out. Its mission is to keep customers’ assets connected and protected – today and for the future - customers include the UK’s Emergency Service providers, public network operators, public transport providers and local authorities.

Jo is a great example of someone who started out on a different career path and ended up where she is today - helping make a difference to both her employees and their customers. 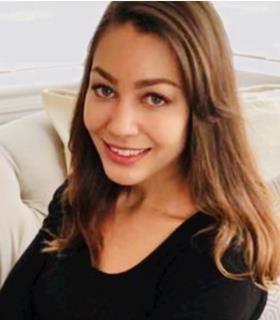 Natasha has used her unmatched marketing and branding skills to drive forward and scale telecommunications companies such as Openreach and BT, and EE - where she worked previously.

Every telecommunications company needs brand awareness, and Natasha shows that the telecoms industry doesn’t have to be all about technology. She is growing the brand, to keep more people connected. 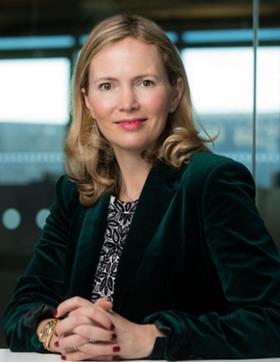 Tristia has been the CEO of TalkTalk Group since March 2017, having previously served as Managing Director of TalkTalk’s consumer business. TalkTalk is the UK’s largest provider of affordable broadband, serving 10 million consumers, 4.2 million premises and businesses of all sizes across the country.

She has developed TalkTalk’s community engagement programme in the North West since moving the business’ HQ to Salford in 2019, including partnerships with local food banks and other community projects to help disadvantaged families and children in the area. Tristia is an Independent Non-Executive Director at Next Plc, the Trustee Chair of homelessness charity, Crisis, and an Honorary Trustee at the national charity Ambitious about Autism. She is also a member of the CEO board and a founder member of the industry campaign against online harm, Internet Matters.

From May 2011 to June 2020, she served as a Trustee at Comic Relief. Whilst there she chaired their Commercial and Technology board, as well as advising on marketing and communications campaigns.

Tristia has held a number of senior management and executive positions in the telecommunications industry, including at The Carphone Warehouse and TalkTalk Group, having first joined CPW in 2000. She is a truly inspiring example of what can be achieved as a woman in this industry!

Are you a businesswoman making changes, with a story to tell? Why not enter this year’s Great British Businesswoman Awards, and let us celebrate you and your achievements - enter here.

You can also nominate someone you know, who deserves to be shouted about - nominate here.