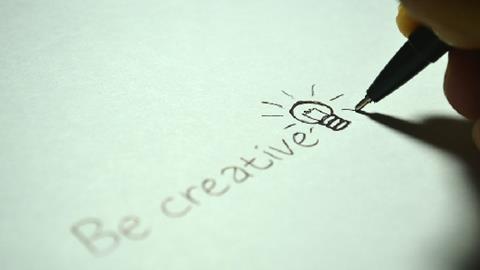 While the hospitality and leisure industries have been hit hardest by the Covid-19 pandemic, others have faced significant challenges in the ways they work.

Whether it is workplace culture or the service they provide to clients, businesses in the creative industries have had no choice but to adapt to the situation before them to survive, and indeed thrive.

At a recent roundtable hosted by the Great British Entrepreneur Awards and haysmacintyre, entrepreneurs from a range of businesses in the creative space came together to discuss how the pandemic has affected the industry and how it may look when we come out the other side.

The attendees agreed that where the industry has suffered most is in its working cultures. Most employers have been forced or encouraged to keep their workers at home since the first UK-wide lockdown in March. That represents a dramatic shift in how these types of businesses operate effectively.

Faraz Aghaei, co-founder of The Clerkenwell Brothers, said: “We need that interaction. That’s where things happen, that’s where you overhear someone and offer your input to improve something.”

It was something each member of the group was clearly familiar with. Lee Wilcox, founder of Electric House, said people not being in the office is the biggest issue they’ve faced as a business during the pandemic.

He explained: “We brought back our big production team into the office as early as we could. Producers, editors, production assistants and shooters, they all work over the shoulder. It’s collaborative and it’s the part they miss.

“A meeting is collaborative, particularly in the creative industries. Over Zoom, though, it’s not happening. It’s easy to sit back and not say anything. People just want to get the video call over and done with because they’re sick of staring at their screen all day.”

One area of discussion was the need to utilise the tools and time available to founders and directors to improve the experience of working from home and encourage a collaborative, creative environment.

Jordan Richards, founder and CEO of RCCO, argued that rather than lamenting what isn’t possible due to lockdown restrictions, the industry should be highlighting what it can do.

He pointed to the examples of events businesses moving online in innovative, virtual ways, webinars, roundtables and podcasts. “We have to put a positive spin on what people can do in the current situation,” Jordan said.

“It’s difficult because you don’t want to overkill video calls,” he laughed.

“What it is allowing us to do, though, is more one-to-ones with project management teams and account teams, and we’re getting more out of it.”

Alex added: “I’m getting more candid feedback because my approach is to ask what they need, what they like. It means I can help better in the business and push things that I need to.”

One entrepreneur offered up a potential solution that has worked for her team, helping to replicate the general buzz of an office environment.

Heather Delaney, founder of Gallium Ventures, explained that separate from the team video calls that we’ve all become so accustomed to, she sets up what she called ‘open mic’ hours - periods where teams are on a call together without video.

“It really just allows people to feel like they’re sitting with their colleagues,” she explained.

“When we’re in the office, we’re usually staring at our computer and typing away anyway but you can hear people chirping next to you or in the background.”

There is never any purpose or agenda for these calls, other than allowing employees to feel like they’re together.

“People will sometimes show up and no one’s talking, you can just hear people typing. But then an email might come in or someone might need something from a colleague and it starts a conversation in the same way it would in an office.”

Heather revealed that even though these open mics are scheduled for an hour, a lot of her team stay on there for several hours. She added: “It prevents them feeling lonely but they still get that collaboration without it feeling forced.”

Another of the issues raised by the group was maintaining their company cultures, particularly when hiring new staff.

“Once people have a sense of your culture, it’s quite easy to keep your culture when you start working from home,” Faraz suggested. “The challenge is when you bring in new members of the team and you can’t totally immerse them into that culture.

“I think you pick up so much when you’re in an office as a new employee just by looking and listening to what’s going on around you.”

Abigail and Chloe Baldwin, the twin founders of Buttercrumble, suggested that entrepreneurs and businesses can’t lose sight of what their core values are, and shouldn’t do things for the sake of it.

They said: “Brands need to go back to what those core values are. It should be something that you’re continuously looking at and actively doing all the time. Sometimes it feels like a lot of things at the moment are sporadic and almost like a trend.

“When you start following trends [in company cultures] it almost becomes a bit of a marketing thing, which comes across as inauthentic.”

Joel Silverman, founder of KidsKnowBest, argued that working from home presents some opportunity to enhance company culture, particularly when it comes to the perception of the CEO.

He explained: “In normal times, I’m never in the office, I’m out at meetings all day.”

Now that he’s not going to meetings all day, is sitting at his laptop, and is online all day, Joel believes that working from home “helps the cultural aspect because the team can actually see the senior team working”, whereas they may not have pre-Covid.

The KidsKnowBest team holds a weekly video call every Friday, and Joel shares four slides every time outlining what the company stands for and its vision.

“If you’re coming in as a junior team member, the slides help to emphasise that you’re part of a much bigger picture.”

Nick Entwistle, founder of Bank of Creativity, explained that the pandemic is still causing issues even for those workers who are used to being away from an office.

He said: “I have always worked flexibly from home, in coffee shops or co-working spaces. But I am now confined to working from home and can’t wait to get out! As I can’t work anywhere else, my creativity is stifled massively.”

No one really knows how long we’re going to be living our professional lives like this. Even though the news that a vaccine could be ready by Christmas broke just hours after the roundtable had finished, it’s still unclear when the majority of the population will be able to access it.

It is leaving some businesses, particularly in the creative industries in a sort of limbo. They yearn for the collaborative environment that fosters the creativity that is so essential to their success.

2021 could see the creative industries embrace a ‘phygital’ approach. A blend of the physical and the digital, a blend of office and remote working where the two intertwine to bring the best out of each other.