From debt collection to philanthropy 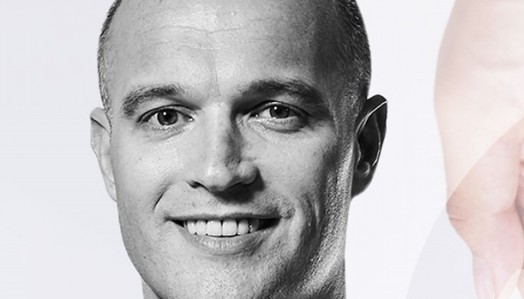 Jamie Waller has built not only a thriving business in JBW, but helped to transform and professionalise the ‘Wild West’ debt collection industry. Now he’s turning his attention to philanthropy.

In contrast to his stellar business career, Jamie Waller’s school career is best forgotten. Dyslexic, he found school work tough and was told by his headmaster he would never get a job. However, he discovered early that he had a certain knack for business. Aged 10, he was running a tuck shop and fixing bikes for money and at 16 built a window-cleaning round going door-to-door, followed by a second hand car sales business. All this before the age of 18.

His big break, however, came from adversity. Transport for London painted double red lines outside his car showroom, forcing him to pack up shop, but it gave him the idea for his major business venture. He realised that Transport for London was putting infrastructure in place to start fining people, but had no plan in place to collect the debts. At 21, he started Wisehill, an outsourcing debt collection service business.

Debt collection isn’t an obvious ‘business with purpose’, but Jamie chose to run it differently. “It was done so badly. The companies and the people they employed were terrorising people. To my mind, it was ludicrous that the government should give people so much power and then turn a blind eye to their behaviour.”

JBW, the company he set up in 2004, smartened up the debt collection business, literally and metaphorically. He took people out of baseball caps, banned visible tattoos and helped set up an accredited trading scheme. He also used data to help provide better options for those in debt and improve payment rates. Jamie says: “I wanted to create a fairer environment for debtors.” That good governance extended to his self- employed debt collection agents, who needed to adhere to clear professional standards.

He ran JBW through to 2016, but not without some challenges along the way. In 2010, he realised he had to change the way he was doing things – he was making £4 million in revenue but losing £400,000 per year. Putting his earlier educational experiences aside, he enrolled on the Cranfield School of Management and their Business Growth Programme. This helped him turn the business around - Jamie sold the majority of the business in 2016 for £24.5 million and the remainder in 2017 for £8.75 million.

He has since returned to the debt collection industry with JUST, believing that standards were slipping once again. He continues to lobby the government to bring in transparent rules on debt collection. Jamie says:

“We work with the Ministry of Justice, Her Majesty’s Revenues and Customs and various MP’s to make industry wide improvements. Everyone has the right to be paid what they are owed, but not at any cost. I have tried to ensure this is spoken about in the right corridors, among ministers and MPs. They move slowly, but they understand what needs to be done to make this industry reputable and I think they believe that JUST are the people to drive the changes.”

By his estimate, he has spent over £3 million during his career trying to push governments to do the right thing. In 2018, his efforts to transform his industry, while building a successful business were recognised by Cranfield and he won School of Management’s Entrepreneur Alumnus of the Year award for “those who have achieved outstanding entrepreneurial success while upholding the highest standards of business practice.”

JBW was the first of Jamie’s ‘unsexy’ businesses, which led to his best-seller book, ‘Unsexy Business’ about running solid, need-to-have businesses. His view is that entrepreneurs tend to be far too focused on ‘cool and sexy’ businesses. With this in mind, he started an investor fund, Firestarter, focused purely on the more basic type of business. It was, he says, a personal mission to change that perception and drive the industry to recognise businesses in a transparent, ethical and inclusive process.”

“I’ve grown many businesses and made pretty much every mistake. If I can help others become great, while making fewer mistakes, that can only be a good thing.”

Having made his money, he is also keen to give something back. His philanthropic work has become increasingly important. He set up the Jamie Waller Foundation to help less advantaged children and young people.

The foundation supports the Imps, a charity he was a member of as a child. It had a major impact on his life and he says that without it he would not be where he is today. He is also the Chairman and a donor of the Prince’s Trust Enterprise Scheme.

He believes this is vital to support those that are less fortunate. He has set himself a target to attract 50 new entrepreneurs to the Prince’s Trust and become donors. He wants to achieve this in just two years.

Having been supported by a charity for 11 years as a child he honestly believes that good charities can change people’s lives.

“It meant that, unlike others on my street, I got to see other people and see different walks of life for myself. I’m a huge believer that you can get people out of a tough start in life by inspiring them. Show a 14 year old boy a successful 21 year old man and he will want to be him.”