Executing a successful exit strategy: How do I do it?

An exit strategy is an important consideration for all business owners, but it’s often overlooked until significant changes are necessary. 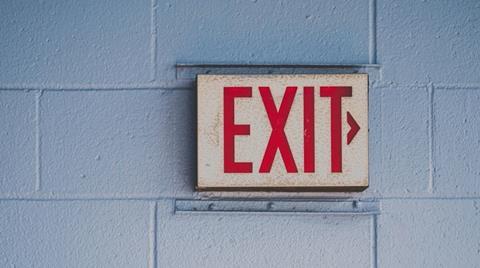 There are a number of different exit strategies that a business owner or partner can take when looking to exit their businesses, including mergers and acquisitions, selling, initial public offering and much more. Each strategy works for different businesses and is dependent on the changes you want to make and why – which can be overwhelming.

Without properly planning an exit strategy that informs business direction, it can cause risk and limit the entrepreneur’s future options, and the future of the business altogether.

So, which exit strategy is best for your business, and how can you execute it successfully to avoid negative repercussions?

The latest roundtable hosted by haysmacintyre and the Great British Entrepreneur Awards brought a group of founders and experts together to discuss the different types of exit strategies and offer their expert knowledge and advice on how you can execute a successful exit strategy.

To kick off the conversation Luke Loveridge, Founder of Propflo discussed how exiting his previous business came about – as sometimes an exit isn’t always your plan.

“Because they were such a dominant figure within their industry and we were a cross-section of that, they seemed like the best team to really expand what we were doing. They were originally on our radar in terms of potential future acquisition if we didn’t get to IPO, but it just ended up happening earlier than what we had originally planned.”

On the other hand, Frankie Snobel, Founder of Tipplesworth explained how her story was very different, with plans of exiting her business from the get-go.

“When I was writing my business plan, I knew that I wanted an exit strategy within a few years,” she said.

“I wanted to do what I call a smash and grab, so just build something really big and then sell it off as quickly as possible. Which was actually a difficult thing to discuss in the early stages of a creative business where everyone assumes it’s one that’s going to be handed down to the next generation.”

“With me, I always knew that this was going to be my means to make some money and potentially do something else afterwards. Every choice that I made along the way was to get to a good place for that exit. I raised investment through various means, but eventually through Diageo, which then led to the acquisition.”

Paddy Willis, Co-founder and Chairman of Mission Ventures shared that this is the way forward.

“Whenever I mentor anybody or talk to anybody about exiting, I always say to start with the end game in mind. That’s definitely what we did when my wife and I launched Plum Baby in 2006. We had a five-year strategy and we ended up selling in year five. Because we were selling in the tailwinds of the 2008 financial crisis it took a bit longer and became a sale to Private Equity rather than a competitor. Whilst the result wasn’t what we had wanted, as we eventually sold for probably half of what we previously thought we were going to, it was still a decent exit because we had that end game planned.”

Will Lahr, Founder at Kakapo Labs added that whilst it’s important to have those plans in place, the most important thing is to ensure that your business is worth selling and buying.

“As a Saas B2B marketing tool we knew we were going to sell before we even really had the solid business idea, that’s what tends to happen with business in this industry because building it in the early stage is very different from running it when it’s fully established with loads of customers.

“However, all we could really do was work to be in a position where we were worth buying. We had interest in buying early on, but we ended up selling in about year six.

“We didn’t want to get so preoccupied with selling that we actually ran the company into the ground in the meantime. We were also a bootstrap business so we had to make sure we were making a profit throughout.

“You ultimately want to be in a position to sell and make sure potential buyers are aware of you, at the same time, you can’t spend all day selling your business when you’ve got customers to look after and staff to look after. From a strategic perspective, if you go all out to sell it and the management team completely ignores everything else you wouldn’t have a business to sell three months later,” he added.

Joe Lewin, Founder of Foundy added, “I speak to a lot of founders each week that are looking to get acquired and it seems a common trend is that they typically don’t want to build a business that they could pass down to their grandkids as many once did. They’re building to sell, particularly in Saas businesses. Another thing we often discuss is anonymity. I think once you are ‘up for sale’ it can create some issues, so being as anonymous as possible is always helpful.

“If employees find out that you’re selling it can backfire and they may look to leave. This is why if you are committing to an M&A process it needs to be completed efficiently so that the implications of any deal can be communicated clearly to employees.”

Going on to discuss the perfect buyer for your business Tushar Chhabra, Co-founder and CEO of CRON AI explained that it’s all about your customer.

“In my experience, when you have a customer that is using your product and feels it is the best version of that product and that it is their solution, this is the best person to help acquire you.

“If you can have those big players who feel like you’re the only one who can solve this problem, then your competitors suddenly have their ears up and are interested in you. This is when people begin thinking,  that’s the product I want, and that’s the company I want to buy. If you’re looking for an exit I’d say target those customers whose competitor could pay the big check for you.”

Drew Rogers, Exited founder of My Language Lab agreed with Tushar, explaining how one of her competitors was the one that actually ended up acquiring her business.

“I sold my business to a competitor who was in my network. I knew that I wanted to sell in 2020, but Covid happened, which actually worked really well for my business because we were already heading in the direction of having online services. Because of this, I was able to show year-on-year turnover.

“Because I knew I wanted to sell, I had a 24-point checklist in terms of what I would have to do in order to increase the value of my business and make it worth buying. In doing so, I spoke to someone in my network and asked if they knew a business broker, and she asked if I was thinking of selling the business and it went from there. I said, yes, she signed an NDA and we went through the process from then. It really showed me how important it was to have a strong network.”

Discussing the conversation, Tanya Yeremenko of haysmacintyre said: “It was very interesting to reflect on the exit strategy and lessons learnt from past experience. It is important to have a robust exit strategy as you would be better prepared and get more value from the deal. Another important aspect is the relationship with the prospective buyer. When you are beginning the exit process it may have an impact on many areas, such as client relationship, employees or competitive advantage and business growth, so confidentiality and trust between the parties are essential.”