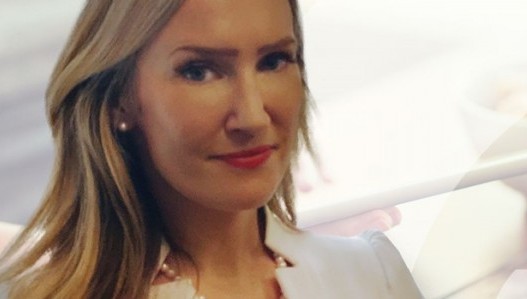 There is a crisis in UK care. The system is unwieldy, dysfunctional and conspires to work poorly for both users and providers. Clearly, a rethink is needed.

In almost every other industry technology is seen as part of the solution, helping to create efficiency. To date, however, it has only lightly touched the care sector. Vulnerable people who want to stay in their own homes are usually equipped with a plastic box with a red button, worn ignominiously around their necks. In emergencies, it doesn’t link to friends or family, but to an anonymous call centre. In a digital age, it seems hopelessly antiquated.

With that in mind, Hellen Bowey’s idea – to use Internet of Things technology to allow old or vulnerable people to stay safe in their homes – doesn’t sound radical, but few had done it and even fewer had done it well. She had been working for a large outsourcing company on a project for a major county council and was horrified by the still-commonplace plastic box technology and felt there must be a better way.

Her solution was to harness smart technology and the power of big data in a single platform. Alcove, the company she created, sells, installs and maintains integrated technology solutions. These are designed to address a range of needs. For example, if an elderly digitally excluded person is prone to ‘loneliness or social isolation’, a super easy ‘one press’ video carephone device can be used for instant video link to family, grandkids or carers and allow them to be connected to the world from their own homes, without being frightened by tech whilst the rest of us all Zoom and Skype each other.

Alcove’s play is all about a connected ecosystem and their software has many Alcove-connected devices including Alexa (where they have built a bespoke Alexa carer skill), fall sensors, chairs sensors, bed sensors, bedwetting sensors, smoke sensors, temperature sensors, GPS-tracking smartwatches and a whole raft of other devices and integrations to keep loved ones safe, connected, and out of residential care.

The millions of data points collected by these devices not only keeps vulnerable people safe in the short-term, it can help address problems in the long-term. Helping to identify whether there are triggers for bed-wetting, for example, or hazards in the household or simply to identify where savings can be made on care labour – as Council’s increasingly struggle with the demographic demand – and limited budgets. Data protection is rigorously enforced, data is only shared with consenting parties and AI is playing a large part in the platform’s predictive capabilities.

The technology can also ensure external care provision is working effectively – are carers arriving when they should? Are they honest? Hellen says:

“At the moment, care labour is about time and task, and can only highlight a problem if someone is there with the individual. What about when they aren’t? That can’t be right. Our technology can verify what carers are actually doing and help manage their visits. If family comes to visit on Tuesdays, there may be no point in the carer coming on the same day. Equally, when carers don’t turn up, notifications are sent out, which means vulnerable people aren’t left sitting around wondering what is happening.”

Of necessity, the technology is simple to use. There are plenty of options for those people who understand smartphones, but Alcove devices do not assume any technical know-how. Users simply press a picture of a face to call family or friends or a monitoring centre. The company has started to offer what they are calling ‘virtual concierge services’, where pressing an icon can prompt a concierge to book a cab or other service. This can be life- changing for people who struggle to get around, says Hellen.

To date, Hellen has targeted distribution through local councils, rather than the private market. She would rather sell 5000 units at a time than one, and has been all-too aware that companies trying to promote similar products to consumers have gone bust.

However, while technology adoption in the care sector had long made sense from a financial point of view - keeping people out of expensive care homes - local councils can be slow to make decisions. However, she has seen sales grow to multi millions with over 15,000 users. Deals in the pipeline promise to expand the user base by up to 4x. However, Hellen’s has never been a ‘get rich quick’ approach: “It is a long slog to build up a company, irrespective of what you get told by the tech media - and, irrespective of the odd ‘Facebook’ success story.

As such, there can be a real mismatch between the expectations of entrepreneurs and reality. We have only taken very small amounts of capital, when we needed it, and avoided selling ourselves to venture capital or over expanding our overheads in the anticipation, that – ‘if you build it, they will come’. If I wanted to be owned by investors, I would have stayed in a job. Call me a traditionalist, but I never saw anything wrong with building a company that generated revenue and profit - and did so sustainably without relying upon other people’s money.”

This is a mistake many early stage companies make, she says: “They take on too much capital, expand too quickly, load up on overhead and believe that will create the business. Until, they run out of money and are ditched by their backers when the unit economics don’t emerge as promised, or the market hasn’t moved fast enough around the idea. It’s brutal – but, it’s business.” She has already turned down a number acquisition offers, and looks forward to scaling the company even further with the global market beckoning, but wanting to focus first upon harnessing the scale she is building in the UK market.

Much of the care system is not fit for purpose and in dire need of innovative thinking: “We believe we have the right product and the right services for this market. We will change the world of care.”