Credit where credit's due 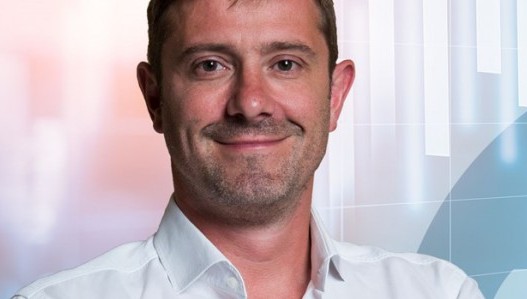 Financial exclusion is a major problem in the UK, with around 5.8 million people shut out from large parts of the credit market. For many, this is a Catch-22 - they’ve never had credit, so they can’t build a credit record. The consequences are dire, with many turning to expensive sub-prime lenders and succumbing to a spiral of debt.

Gregor Mowat’s career as an accountant had taken him to, among other places, Brazil, Thailand and Kazakhstan. On his return, he knew he wanted to solve a major social problem, but wasn’t sure which one. Starting out as an angel investor, he had three criteria for his investments: “It had to be an industry I knew; it had to be scaleable – I was in it for profit, after all - and it had to have a positive social outcome.”

He found his deal flow was quite small: “Historically, the types of people who were trying to fix social problems were a different group of people to those who were trying to make money. It is coming together, but there were certainly a number of times when we were at an event and someone would say: “We’ve got a super idea”. They’d articulate it, and it would be a well-meaning idea, but with no business model. They would say: “but why do I need a business model – it’s a good thing for the world, someone should fund it. That mentality still very much exists.”

He had been looking for opportunities for six to eight months when he was introduced to Tom Eyre who had set up Credit Improver, a business designed to promote financial inclusion. Having worked in emerging nations, he was well-versed in the social consequences of being stuck in the cash economy and was shocked that it was still such a problem in the UK.

He also identifies a lack of capability. Finance isn’t well-taught in the UK, and multiple generations often don’t understand the basics. People genuinely don’t know what to do to improve their financial situation. There is also a notable lack of resilience. The Financial Conduct Authority (FCA) has found that 40% of UK adults cannot put their hands on £100:

“People are living hand to mouth. It means if anything goes wrong, you’re into payday loans. Equally, everything is more expensive – from pre-paid mobiles to utility bills,” Gregor says.

Having a good credit score is vital when it comes to being accepted for mortgage, credit card or even mobile phone contracts - and getting the best rate. But improving a credit score requires people to take on debt and then demonstrate they can repay it responsibly. When Gregor and Tom realised that Credit Improver did not fully deal with the three drivers of financial exclusion, they created a comprehensive tool that did - LOQBOX.

In signing up to LOQBOX, people decide the amount they can afford to save in a year and a 0% loan is locked away for the same amount in the LOQBOX. They pay off the loan over 12 months, building a credit score as they go. Once the 12 months is up, the loan is released into a bank account.

It also sought to address the education piece through ‘LOQBOX Learn’, which is 24 basic emails on how money and credit scoring works. If someone is on the electoral roll, for example, and they have a LOQBOX they can pass an ID check with most institutions.

LOQBOX has a £20 minimum repayment, higher than the £5 for Credit Improver. Gregor says:

“With LOQBOX we’d already built up relationships with some of the lenders and they explained that they needed to demonstrate affordability. Lenders needed to be able to show the FCA that their customers can manage multiples of minimum payments. For a typical sub-prime credit card the minimum payment is £5.”

Gregor says that the early stages were tough. Having identified the problem and built the solution, they thought people would rush to sign up:

“We launched and nothing happened, even though it was picked up by Money Saving Expert. It turns out that if you build it, they don’t come!”

Their focus quickly switched to spreading the word. They began marketing through partnerships – aggregators, free credit report providers, lenders. Since then, the business has grown rapidly and is now cash flow positive. It has the backing of Lloyds TSB, Royal Bank of Scotland and NatWest.

The next move is to open in the US, where the problem is even bigger. There may be 10 times the number of people ‘invisible’ to the credit scoring agencies over there. They currently have a pilot in progress. Then, the group will look to emerging countries such as Brazil, where there is a huge opportunity, though Gregor accepts the transition may be trickier.

Gregor has seen first-hand how financial exclusion can be self-reinforcing through bad products and expensive debt. The poorest people are often those exploited by financial providers. He wants to help break the cycle, build better education and help people build their credit records without having to take on credit cards or other loans, at no cost to them. It is an ambitious vision.