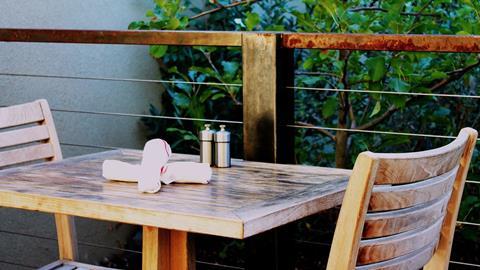 Will Covid spark a permanent change in hospitality business models?

The hospitality industry has been one of the hardest hit by the Covid-19 pandemic. Forced to close for much of the past 14 months, it has also faced considerable restrictions when allowed to reopen, and even an outdoor reopening has been limited to those that have the luxury of sufficient outdoor space.

As restrictions continue to ease across the UK and head towards a full re-opening of restaurants, pubs, bars and cafes, attention now turns to the future of hospitality. Will businesses continue to operate their adapted business models? How will consumer behaviour alter things?

The future of hospitality was the topic of debate on a recent (virtual) roundtable of industry entrepreneurs hosted by the Great British Entrepreneur Awards and haysmacintyre.

London vs the country

With outdoor hospitality having only reopened recently and an indoor reopening on the horizon, much of the wider discussion around the industry appears to be whether or not the public will flood back. And the roundtable appeared to highlight a divide in behaviour between those in London and those outside, even in the few short weeks of outdoor service.

Rik Campbell, co-founder of London-based restaurant, Kricket, began: “I don’t think there’s going to be any kind of cautiousness at all. From what we’re seeing, especially in London, I really don’t think the average Kricket customer cares anymore.

“Everyone just wants to get back in the restaurant. I think the scenes in Soho since outdoor seating reopened say it all really. So I’d be surprised if it was any different when indoor reopens.”

“We have outdoor seating at our winery in east London and bookings went through the roof when we announced we were reopening,” he explained. “We’ve just had one of the best Saturdays we’ve ever had, and we’ve only got half a dozen tables outside. I think people are just dying to get out again.”

However, there is certainly a different story being told by hospitality entrepreneurs outside of the capital city.

Ann Cooper runs Wonderberrys, a small bakery and coffee shop based in an old industrial museum in Southampton. She explained: “We have no footfall whatsoever where we are. I do think Londoners are flocking to get out and that’s in part due to where some of them live. I think it’s been incredibly restrictive for people in inner cities whereas we’re a bit more remote, a bit more rural.”

“I think you’ve the nail on the head,” agreed Lee Nazari, founder of SWOOPE EAT, a booking a payment system designed for hospitality.

“We’re in the West Midlands and it’s definitely a bit more cautious than what we’ve seen in London. Here, in the middle of the week we can go for walks in the parks or the countryside, whereas a lot of people have been confined to their apartments without outdoor space. These people are just absolutely desperate to experience something out of their homes.”

Louise Palmer-Masterton, founder of Cambridge and London-based vegan restaurant Stem & Glory, added: “Cambridge appeared to be quite unaffected by everything really. You would go into Cambridge in the middle of the pandemic and it all looked relatively normal.

“I went for lunch outside with my daughter last week and it didn’t feel busy at all. There’s not that much outside seating in Cambridge anyway, but it definitely didn’t have the air of everybody gagging to get out.”

Although some in the industry are expecting a bounce in the short-term as restrictions are eased, hospitality still needs to consider the long-term implications of the pandemic.

Warwick suggested that the switch to a direct-to-consumer that so many food and drink businesses made over the course of the pandemic could lead to an imbalance between the expectation and reality of eating and drinking in venues.

“From a wine perspective, people have had the opportunity to buy really good wine at retail prices over the past year,” he started. “And I think a lot of people have moved towards drinking better quality stuff because they’ve been able to get it at retail prices vs restaurant prices.

“Long-term, that may have changed their taste profile and the implication is that they’ll look for the same quality in the restaurants. So restaurants that put lower quality products as their house wines may struggle.”

Adding to Warwick’s point, Ann suggested that quality of service will hold equal importance as quality product for customers in the long-run.

She explained: “I think our customers feel like they’ve got to know us better, and we’ve got to know them better. A lot of people have been spending more of their time and money with independent businesses and there’s more of a connection than there might be with big chains.

“When we first introduced track and trace, it was wonderful because we were learning the names of every single one of our customers. And that helped turn them into regular customers. I think that relationship will be important in the long-term.”

‘The world is your oyster’

The group agreed that having gone through the pandemic as an independent brand presents a huge opportunity going forward.

Gabriel Unger, founder of Chai Guys, said: “A lot of the small businesses that have put a big emphasis on branding, good visuals and pivoting into the e-commerce space are incredibly agile and more resilient that some of these larger brands.

“We talked about people seeking out higher quality and they want more artisanal type brands.”

Rik added: “I think if you come out of this the other side, and you’re a strong, independent brand that has proved itself during the pandemic, the world is your oyster. And if you’re coming into the industry as a start-up, it’s a really exciting time.

“After the year we’ve had, we’re doubling down and expanding. We’re taking the ‘now or never’ view of it.”

Where the core lies

With restaurants, cafes, pubs, and other food and drink businesses unable to welcome customers into their venues, vast numbers pivoted their business model to ensure they can continue earning money.

The intrigue for the industry as we come out of the pandemic, however, is how much of that will continue and will the core of their business change?

Louise said: “That’s the $1 million question, isn’t it? How much of our pivot is going to continue into the future and how much energy do we devote to it?

“We’ve certainly seen online sales start to drop off since people have been able to go out again, so we’re definitely going to focus on our core business in the short-term. But we’ll keep everything else going so that we’ve got all our options open.

Having traditionally sold to restaurants and bars, Warwick gained 15,000 direct-to-consumer customers over the pandemic. But warned restaurants could suffer if they give it too much focus as venues reopen.

He said: “Direct-to-consumer e-commerce was our bread and butter but we saw a massive uplift and hopefully we’ll retain those customers in the long-run. But just in the past week (since outdoor hospitality reopened) it’s dropped off a cliff – we’re probably 90% down on our D2C revenue.”

Rik added: “I do want to focus on the core business. The restaurants are our core business and our whole brand, which is why our delivery service has worked so well. Our pivot has been successful and we’ll keep all that going, but I got into the industry to run restaurants and speak to customers face-to-face inside those restaurants. We’ve proved we can pivot successfully, but if I couldn’t be in the restaurant long-term, I don’t think I could stay in the industry.”

Warwick suggested that the pandemic has taught the hospitality industry an invaluable lesson about diversification. He explained: “It’s highlighted to us not to put all your eggs in one basket. If you’ve got a great product and you can diversify your revenue streams, that’s a real win.”

Unlike most of the group, Troy Johnson, co-founder of Juici Jerk doesn’t plan to return focus to his business’ pre-pandemic core.

“We were doing festivals and events, and two months before lockdown we were going to shift our focus to the smaller events,” he said. “But when Covid hit it obviously put us back to square one so we opened a delivery kitchen and launched meal kits towards the end of the year and they’ve just exploded.

“We opened a new site and although we will still do the events, we’re planning on providing a bigger and better service for the delivery kitchens and meal kits going forward.”

Reflecting on the discussion, Emma Maile, hospitality sector director at haysmacintyre, said: “Whilst a difficult year for the hospitality sector, it was fascinating seeing the resilience and innovation shown by those within the industry. With delivery, meal kits and new ways in which to enhance the customers’ experience, many businesses are emerging from the pandemic with a renewed focus and energy that will maximise future success.”