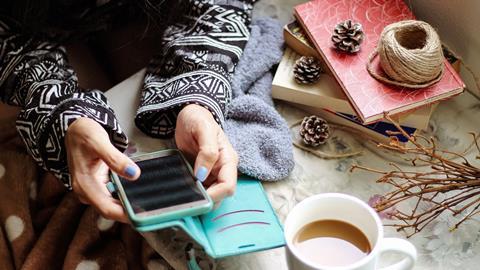 How will brands engage as more consumers switch off from social media?

Over the course of the Covid-19 pandemic, a quiet revolution has been growing on our mobile devices, or should we say away from them.

Social media used to be viewed as a net positive, but people are slowly growing more wary of the dangers of spending hours glued to our phones, especially young people. A 2018 survey found that by just reducing 30 minutes of our total social media time, we can reduce our risk of levels of anxiety, depression, loneliness, sleep problems, and FOMO. Brands and companies have to adapt to consumers’ changing habits in a myriad of ways.

This could pose challenges to businesses, especially small brands, as they face lower engagement with customers and community. Pair this with the iOS14 update that allows users to turn off their data tracking, and many organisations may be worried of a double whammy.

This was the topic discussed at a recent roundtable of social media and marketing entrepreneurs hosted by the Great British Entrepreneur Awards and haysmactinyre.

Standing out from the crowd has always been the challenge for marketers and brands. And with people seemingly using social media less, it is arguably becoming an even bigger task. Central to engaging consumers who are perhaps spending less time on social media is purpose, according to William Ferreira of Social Buff. For marketers and agencies, it means being quite select with the brands you work with.

He explained: “We’re quite particular about taking on clients with the right brands and right culture, with a product we believe in.”

“We know that a lot of consumers are thinking about how they spend their money, what they invest their time in, and what the return of that investment is,” he added. “There’s a huge amount of people, and it’s not just the younger generation, who are a lot more conscious about how they’re using social media. They’re thinking about what value social media give to them in their day-to-day lives.”

Natalie Sherman of Naturally Social, agreed: “The pandemic has really elevated conscious consumerism in society. We only bring on board clients that we can get behind and believe in, because that’s what people engage with.”

You have to be picky, Natalie explained: “We don’t engage with this over-salesy content and continuous bombardment of posts that are just out there for the sake of it. There is a tendency to keep the client happy by pumping out loads of content, when you’d be better placed understanding each platform and how to create content to fit that. It needs to be a bespoke tailored experience, so the content works for the consumer, the client and within the tools of the platform.”

Brianna Harvey, of Digital Flamingo, suggested that having a ‘laser focus’ on the target audience will help brands to maintain engagement. She said: “Who are they? What do they like? What gives them joy? It’s down to us to create the content that sparks that joy, and end doom scrolling once and for all.”

In the last year, we’ve also seen organisations and companies take a stronger stance on social issues. Brianna thinks this is key to associating positivity with the brand: “It’s good for business to be strong on social stances, as if that’s part of their morals and part of the brand, they need to shout about that. It gives people a more personal connection.”

Despite signs that social media use may be falling, particularly in a personal capacity, Jamie Parker of Red Rag Marketing, which specialises in Facebook advertising, suggested that the platform continues to outperform its competitors in terms of growth.

“The Facebook space has seen a growth of 8.7% for 2020, which are almost record numbers,” Jamie explained.

“Because of this, and the engagement that has followed, I’ve seen an absolute rush of brands and businesses wanting to market themselves across socials, but specifically Facebook and Instagram.”

To achieve his clients’ goals, he has a massive data accumulation process. Jamie said: “We have to get in the mind of the ideal customer of the audience that we’re looking to target with the campaign. And to do this we put it through the lens of an avatar. We actually put more energy into researching the ideal customer than the creation of the ad. It doesn’t matter how sophisticated your strategy is or how great your content looks. If it’s not speaking to the right person, it’s going to be ineffective.”

The pandemic changed the way businesses viewed Facebook, as many of them had no choice but to expand their outreach: “They don’t have much of an option nowadays so they have to be more digitally focused with their marketing efforts.”

But it’s not perfect, which is why Red Rag exists, as Jamie explained “You don’t get a massive reach in your organic content in Facebook, so if businesses want to be successful, they have to be running Facebook ads backed up by great content”.

However, Facebook is not perfect, as Heather Delaney, of Gallium Ventures, explained: “A lot of tech companies that we work with are asking to not work with Facebook. They actively don’t like the platform, and the way it uses user data.”

It seems like scandals in the past, such as the Cambridge Analytica fiasco, have tarnished the reputation of Facebook somewhat.

It’s no secret that the concepts of influencers and influencer marketing have exploded over the past half a decade or so. But a quick search will provide numerous news and opinion articles about influencers losing their influence, with terms like ‘influencer fatigue’ being put forward. And yet, according to Facebook, more than 50% of consumers still get their initial purchase ideas from celebrities, creators and influencers. So, do influencers have a role to play in keeping consumers engaged with brands on social media?

Christopher Clowes, of HC Media Group, has secured significant returns for his clients by using influencers and believes they still wield a great deal of power when connecting brands and consumers.

He explained: “We’ve gone out to some influencers for a sponge. It’s that simple - it’s just a sponge, and the brand gained 100,000 followers through influencer marketing. It has led the brand to be stocked in retailers off the back of people like Mrs. Hinch and reality TV star Gemma Collins using the product.”

Leila Smith of Promise PR & Creative knows firsthand the power influencers have over consumers, recalling her own experiences following celebrities and social media creators. But she is now much more conscious of who she follows and how she is sold to: “I no longer take note of these Instagram models that do fashion, because it’s so forced and they’ve been paid so much for it.”

Leila recalled a post from an influencer she used to follow: “She was paid £10,000 to promote the Track and Trace app. One post was recommending people download the app, whereas the next was her blatantly breaking social distancing rules. Ethically that doesn’t sit comfortably with me and consumers are getting better at spotting stuff like that.”

Conversely, she believes that TikTok has helped support the growth of authentic influencers, who often have fewer followers than their counterparts on Instagram, to rise above the inauthentic #Ad posts that are so synonymous with the platform and influencers.

Leila added: “People on TikTok are [creating authentic content], but if I like what someone is wearing, then normally, they’ll subtly tag where it’s from somewhere not too prominent. We’re still being sold to, but they’re creating genuine, engaging content.”

Chris agreed on originality: “A lot of the influencers see the money, focus on that and forget how they got there in the first place. They lose the authenticity in their content, and they aren’t sustainable.”

William believes there is a definite shift towards micro-influencers. He explained: “People are more likely to buy into a uni student who is 21, has 400 followers, 200 of which are her mates. This is becoming more effective than paying someone with two million followers, as nobody buys, we just get a lot of traffic.”

He points to brands like Gymshark, “whose customers are almost cult-like, and will share their posts as they feel a part of the family. There are more brands than ever focusing on getting their customers to do the selling for them”.

Fiona Surrey, of Fiona Surrey Marketing, believes community is becoming an increasingly valuable tool in engaging with existing and new customers. She started her business to create a sense of community that she felt had been lacking from her previous jobs, which caused poor mental health. Explaining her hybrid selling format, she said: “A lot of my clients sell online, but with a visual portal, so there is face to face communication, which gives both seller and customer a more direct link with each other.”

Of course, this, like Gymshark, becomes a selling point. “If you had a conversation with someone, you’re more likely to recommend them.”

Annelies James-Ryan is the founder of 22 Midnight, which performs digital audits on small brands. She suggested that brands, particularly smaller ones, are almost too focused on social media.

“The interesting thing I’ve found and developed is called the buying cycle - people are focused on social media,” she explained.

“Social media is top priority for them, but it should be more like number three. Showing up in a search dominates the digital marketplace.

“You need to show up on Google - using Google My Business is a good way to achieve this. You need to have photos of your staff, and a personalised website that catches the eye, as well as loads of reviews that will build trust. The social is fluff and polish and should come once this is all in place.”

Reflecting on the roundtable, Natasha Frangos, partner at haysmacintyre, said it was clear that the way we view socials are changing: “There’s no doubt that social media is a powerful and useful marketing tool for brands, but there are increasing reports of consumers switching off social media. These are often connected to a feeling of anxiety, which can change why they might be going to social media. So instead of half heartedly scrolling for ages, they’re almost looking for a more intimate way to communicate”.