Scotland has made public health history by making it the law for public settings to provide period products.

Scotland is the first country in the world to protect the right to free sanitary products with new legislation that came into force last week.

The Period Products Act means councils and education providers have to make the items available to those who need them, for no price at all - something that many have been fighting for, for some time.

Labour MSP Monica Lennon campaigned for the legislation which was unanimously backed in the Scottish Parliament in 2020. Discussing the legislation she said: “Local authorities and partner organisations have worked hard to make the legal right to access free period products a reality.

“This is another big milestone for period dignity campaigners and grassroots movements which shows the difference that progressive and bold political choices can make.

“As the cost-of-living crisis takes hold, the Period Products Act is a beacon of hope which shows what can be achieved when politicians come together for the good of the people we serve.” 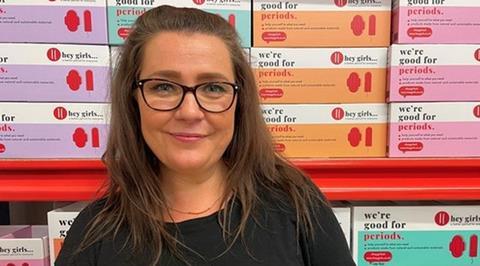 Hey Girls, a Scottish social enterprise who is working to tackle period poverty in the UK, said have backed the law saying period products should be as accessible as toilet roll in public bathrooms.

Georgie Nicholson, Partnerships Manager at Hey Girls told BBC Radio’s Good Morning Scotland that the organisation had run a study before the pandemic which indicated that one in four women in Scotland had faced period poverty at some point.

“There’s a very simple way to describe period poverty: you go to the supermarket and you have to actually choose whether you can buy a bag of pasta or a box of tampons. It’s that basic,” she said.

“We hear of a lot of mothers going without their period protection just so they can feed their children and using things such as newspaper stuffed into socks or bread… because they’re cheaper than period products.”

Georgia added that Scotland becoming the first country in the world to provide free period products was a “really huge” milestone.

She added: “We are proud to be the first national government in the world to take such action. This is more important than ever at a time when people are making difficult choices due to the cost of living crisis. We never want anyone to be in a position where they cannot access period products.”

Scotland has made history, and we hope all countries follow by example. Period poverty is real, and the right to free products should be too, for anyone who needs it.