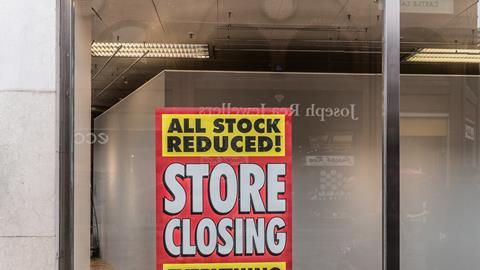 Retail sales grew by 2.1% in February, clawing back some of the losses seen in January, according to the Office for National Statistics (ONS).

There were gains in food and mixed retailers, as well as outdoor furniture and DIY. However, clothing sales continued to struggle and overall sales were still down 3.7% on last February.

Online sales hit a new record, accounting for 36.1% of all sales in the UK.

Compared with last year, clothing sales are down by more than half, with fuel also dropping by more than a quarter.

Susannah Streeter, analyst at stockbrokers Hargreaves Lansdown, said the ONS’ figures suggested that people are shifting the focus of their spending to home improvements. She said: “With working from home at least for part of the week, likely to be the new normal going forward, many employees have been trying to create a more permanent alternative to the kitchen table or corner of the bedroom.

“Dividing open plan rooms and building garden offices are among the building projects being undertaken, as workers settle in at home for the long haul.”

There is likely to be a slight upturn in growth in March after Wales eased restrictions, allowing supermarkets to sell non-essential items. There were queues outside Marks & Spencer stores as it reopened clothing and home sales alongside its food departments and introduced heavy discounts to clear old stock. Non-essential retailers in Wales, and the rest of the UK, are due to re-open in April.