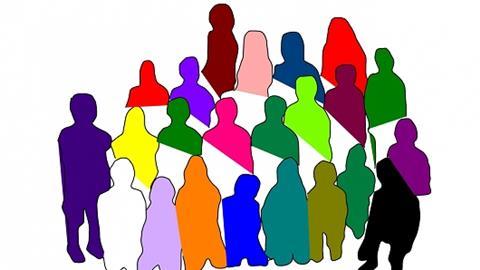 Is ethnicity pay gap reporting next?

Now that the deadline for publishing the first gender pay gap report has passed, the pay data of over 10,000 organisations is available online.

The focus on this issue has not stopped there, however, with enforcement action commenced against those who failed to report and awareness schemes being launched to help women question their salaries.

The buzz around gender pay gap reports has resulted in calls for pay transparency to be increased to other areas, with ethnicity pay gap reporting top of the list. Croner Reward Manager and pay expert Suzanne Tanser expands on the issues here.

The independent McGregor-Smith 2017 review on race in the workplace recommended the introduction of ethnic pay gap reporting to help boost the economy by an estimated £24 billion each year.

The reporting regime was proposed as a requirement for employers with 50 employees, with reports showing the breakdown of staff by reference to pay and race.

The Department for Business, Energy and Industrial Strategy has tasked the charity Business in the Community with carrying out a review of how many companies are reporting ethnicity pay gaps one year since the recommendation was released.

It is anticipated that any legal requirement to carry out ethnicity pay gap reporting will take effect along the same lines as gender pay gap reporting, i.e. the obligation will be set on employers who meet a certain threshold and similar calculations will be required.

The difficulties with this style of reporting are likely to crop up when employers are required to place each employee within a certain ethnicity. Also, if the requirement is going to be introduced in legislation, the government will have to consider whether the ethnicity pay gap report exists alongside pay gap reports or operates a different schedule, for example, whether the ‘snapshot dates’ for pay data are the same or different.

Some organisations have taken it upon themselves recently to carry out pay audits relating to ethnicity. The Greater London Authority (GLA) group carried out a pay audit in 2018 which found high ethnicity pay gaps across public sector organisations, including a finding that median hourly pay for white employees was 16.7 per cent more than the median hourly pay for black and minority ethnic employees in the Metropolitan Police Service.

The highest pay gap was 37.5 per cent at the Old Oak and Park Royal Development organisation, whilst the lowest was 0 per cent at the London Fire Brigade. London Mayor, Sadiq Khan, pledged immediate action to close the pay gap.

Even though there is no obligation currently, employers can take proactive steps to review their pay practices across the whole of their organisations, not just in relation to gender.

Ethnicity pay audits can be carried out to identify whether a pay gap exists, whilst being transparent and upfront with members of staff about the audit will demonstrate the employer’s commitment towards fair pay practices. If pay gaps do exist, a plan can be put in place of how these will be addressed, for example, by making changes to the recruitment process, introducing training schemes and assessing whether unconscious discrimination is present in decision making processes.