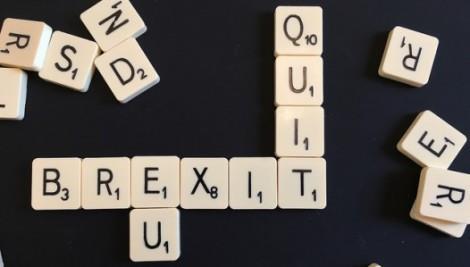 A survey of FTSE 350 companies by ICSA: The Governance Institute in association with the Financial Times finds the mood among the FTSE 350 depressed as confidence in the UK economy hits a new low and political risk and Brexit cause increasing concern.

The key findings of the summer FT-ICSA Boardroom Bellwether survey, a biannual survey which canvasses the views of the FTSE 350 on the external environment and key governance issues such as board diversity, regulation, corporate governance and risk, are as follows:

Given the political and economic roller coaster of the first six months of the year, it is hardly surprising to find that boards in this survey remain pessimistic about prospects for growth over the next 12 months,’ says Peter Swabey, Policy and Research Director at ICSA: The Governance Institute ‘The slowdown in consumer spending, coupled with an embattled Prime Minister and no clear plan yet announced by the UK Government as to what might happen in March 2019 if there is no deal at the end of the Brexit negotiations, is bound to weigh on people’s minds.’

Mr Swabey said: ”“Declining business confidence linked to slowing economic growth is reflected in the 44 per cent of respondents declaring no change in plans for capital expenditure in the next twelve months. It will be interesting to see whether this situation changes once uncertainty about Brexit has been removed.’”

54 per cent of respondents rate a UK exit from Europe as potentially damaging, up from 45 per cent in summer 2016 when the survey was carried out immediately before the EU Referendum vote.

Worries about political risk have increased considerably compared with previous surveys. Two-thirds (66 per cent) of respondents now rate political risk as increasing, up from 41 per cent in winter 2016 and well ahead of reputation risk (56 per cent), social media risk (54 per cent) and legal risk (42 per cent).“‘The most likely explanation is, of course, the uncertainty around the Brexit negotiations and any transitional arrangements which may follow.’” concluded Peter Swabey.

The key governance findings include

There is no doubt that respondents feel over-regulated, but there is a general feeling that the UK Corporate Governance Code is fit for purpose and overwhelming support to retain a principles-based approach. Employee representation on boards and/or remuneration committees is the least popular proposal. The possibility of an annual binding vote on pay is also singled out as unwelcome

Despite the ambition to create more representative boards, progress remains slow. High-profile initiatives to improve gender balance have seen the FTSE 100 appoint women to all boards, but the same level of progress has not yet been achieved in the FTSE 250, and women still remain underrepresented at senior level generally.

Attempts to improve other measures of diversity such as ethnicity, culture and wider experience are not showing as much impact as might have been hoped. Only 53% of respondents think that their pipeline is sufficient (compared with 58% in summer 2016) and 41% report that their pipeline may not meet their needs compared with 36% this time last year.

Responses as to how companies plan to address the problem are surprisingly vague. Plans to tackle the female pipeline are better established, but 61% of respondents think that their female pipeline is not sufficient, with only 27% confident that it is.‘Boards need to tackle the various cultures within their organisation by investing in change. Few businesses to-date have moved beyond basic Diversity & Inclusion initiatives.

It is disappointing to see we are still at the ‘assessing’ stage. Fingers crossed Gender Pay Gap reporting will force boards to take inclusion seriously thus ensuring they minimise the risk of leaking talent pipes across their business units.’ (Fiona Hathorn, Managing Director, Women on Boards UK)

The frequency with which boards are reviewing their assets and exposure reflects this growing concern with two-thirds reviewing their exposure at least every six months, up from 52% in summer 2016.‘Cyber remains at the top of the risk management agenda and, as we have seen, can affect any business in any sector and should be a key consideration at board level.’(Dr Ian Livsey, Chief Executive, IRM)91% of respondents have reviewed and discussed their supply chain risks, including their exposure to slavery and corruption issues, a significant increase on 56% in summer 2016.

Two-thirds of respondents this time believe they have been successful in mitigating the risk, compared with 16% a year ago.‘All businesses are under a legal obligation to be able to check and verify the robustness of their supply chains. It is imperative that businesses consider supply chain risks as part of their enterprise wide business models.’ (Dr Ian Livsey)