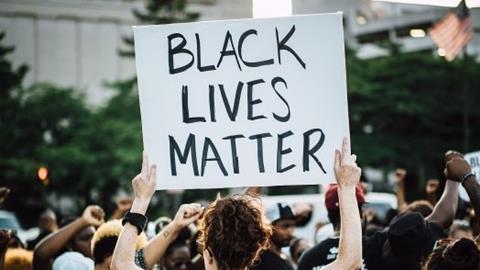 Brands ‘should take a stance’ on social and political issues

Brands can and should take a stance on social and political issues, according to a new study of consumers in the UK and US.

The survey, conducted by market research platform Kubi Kaloo and Alligator Digital, found that 59% of consumers believe taking a stance matters in modern society with two thirds of those likely to buy from or boycott a brand based on their messaging around certain issues.

In a year that has seen Black Lives Matter protests, accelerating climate crisis, human rights issues gaining traction and women’s safety in recent weeks following the murder of Sarah Everard in London, 15% said they have already boycotted a brand based on their response to issues, particularly the Black Lives Matter movement. The figure rises to one in four consumers under the age of 35, showing that taking a stance is particularly important to younger generations.

It suggests that it is no longer less risky and better for businesses to remain neutral and silent on certain subjects – a long-held view for those in business for many years.

Kubi Kalloo’s research tested three examples of social media posts of brands responding to a social and human rights movement, and the consumer’s reaction to them. The first post simply relayed a message, the second post showed a brand trying to educate its community, and the third post showed a brand highlighting its commitment to change.

The brand taking a stance and committing to change saw a 14% uplift in intent to purchase among the consumers surveyed. They said the brand was ‘more inclusive’ (+14%), ‘progressive’ (+12%) and ‘inspiring positive change’ (+12%).

“Does taking a stance actually matter? Yes, it does. Brands taking a stance on important issues in our society impacts how people feel about them and whether they choose to engage with them or turn their backs. Brands can be beacons of and influencers for important cultural change. However, the divide in results highlights that intimate knowledge of your audience is really crucial when taking these stances, now more than ever. The opinions of a more socially-conscious consumer are being formed, and they are expecting brands to ‘do the right thing.”

The results show the need for brands to be bold, making themselves suitable for the conversation and back up their statements with tangible action. Currently, only 45% of people believe that brands are being sincere when they take a social or political stance with 55% tending to believe they are being opportunistic. This position changes significantly, however, when people are exposed to evidence of authentic transformation at the heart of the brand and business operations supporting it.

Kristin added: “Once you know your consumers, you then need to ask ‘How do I communicate our brand values to them?’. It is evident from this research that taking a stance needs to be supported with action, but also evidenced by action. Make sure your brand is not just talking but is actually doing something, otherwise consumers are likely to see your stance as inauthentic and simply opportunistic – there are plenty of examples of brands contradicting their statements with how they actually carry out their businesses.”