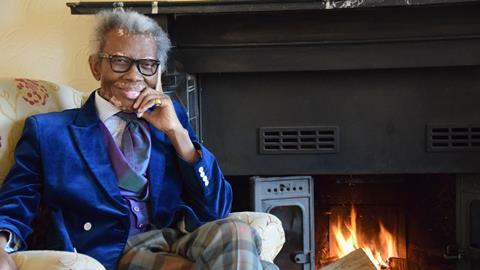 When launching my brand, I wanted to stand out from the crowd trying to sell to food retailers. I took myself off to Favourbrook on Jermyn Street in London’s Piccadilly to kit myself out in something memorable. My piece de resistance was a wide brim fedora.

Making my way around the retailers’ headquarters, it quickly dawned on me that I could have saved myself a small fortune. I stood out by virtue of the colour of my skin.

In a bid to find out what lay behind this anecdotal evidence and, in the spirit of fairness, I recently emailed the CEOs and press offices of some of the top food retailers and manufacturers. I asked for details of their diversity policies and, specifically, the number of ethnic minorities at a senior level.

By the time of writing, the responses have been both encouraging and alarming.

I’ve had very quick replies from Marks and Spencer, The John Lewis Partnership, Sainsbury’s and Tesco. All were open and positive about their diversity policies and future targets. Booker sent information past the deadline but it is forgiven because its figures are encouraging.

One of the questions I asked is how they are planning to celebrate Black History Month this October. Asda cited some of the events carried out by its parent company Walmart in the US last February. I wonder if this was an attempt to hide the fact that it has no plans for this country? I wait with bated breath to see what celebration it puts on.

Aldi did respond but had a “head in the sand” approach to diversity, saying it doesn’t record the ethnic background of its workforce. Sorry Aldi, but that’s just not good enough.

No response came from Lidl, Morrison’s, Co-op or Ocado. Your competitors have put you to shame.

The real shocker for me was that only five of 15 food manufacturers deigned to get back to me - Unilever, Kerry Foods, Associated British Foods, Tulip and Bird’s Eye.

A round of applause, Unilever, for the fact that 30% of your Leadership Executive and Board is made up of blacks, Asians or those of Asian descent and that 46% of your management is female. This is remarkable, but I’m very aware that you are a global company - and are these figures actually reflected in the UK? Kerry Foods played the global card as a reason for not collating its UK figures.

I admire ABF for being in the process of collecting its diversity data, recognising that a mission statement, however robust, is not sufficient.

The Bird’s Eye CEO was on holiday but his assistant responded swiftly to say the press office would take up my query. I look forward to hearing from them. I am also waiting to hear from Tulip who promised to send some data.

I take the total lack of response from the others - Coca-Cola, Premier Foods, Glanbia, Tate & Lyle, Diageo, Moy Park, Cadbury’s (Mondelez), Samworth Brothers, Innocent and Walkers - as an indication that diversity just isn’t important enough to them to warrant a reply.

How can it be that in multicultural Britain, where people of all colours consume food, there is such poor representation of colour at senior levels?

The mainstream grocery trade is one of the last remaining white, macho, male industries, powered by testosterone. It makes it a battleground for those also of different gender, socio-economic background, age and mental health as they, too, fight for equality.

This week, I took on a black account manager and, as part of his induction, I briefed him on how to cope with being a black guy operating at his level.

Don’t be offended when you are mistaken for a minicab driver. It has happened to me twice. Take a deep breath when you are referred to as “coloured” rather than black. I have lost count how many times I have heard that. And count to ten when you are complimented for “not being like a normal black person”.

It’s clear that diversity is low down on the priority list. But some of the supermarkets are trying; it’s the suppliers who appear to be the main culprits.

The problem could be easily fixed.

I propose that, as part of supermarket contract negotiations, there is a diversity clause. Suppliers would be tasked with reaching an agreed gender and colour target, with a penalty linked to under-performance.

We would see a dramatic change overnight.

Supermarkets are on the front line when it comes to taking responsibility for a fairer society. As a supplier, I think it is about time we did our share.

By Wilfred Emmanuel-Jones, The Black Farmer