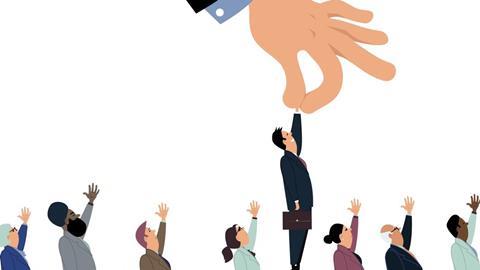 Businesses wanting to avoid discrimination claims when recruiting new employees should encourage all job applicants to send in CVs that do not identify their ethnic background or the school they went to — or even their name. And companies should design their application forms in the same way.

Slade’s comments follow news that over 100 major UK companies — including Barclays Bank and Tesco — have agreed with a government suggestion that CVs and application forms should not show a school’s name or identify a candidate’s ethnicity. The idea is to eliminate any chance of discrimination during the application process.

According to the government, applicants could be disadvantaged if they put on their application form the name of a school that doesn’t have a good reputation. At the same time, their ethnicity should be irrelevant to their suitability for a post.

The government slogan is “recruit fairly and without discrimination”, a stance that is enthusiastically supported by Michael Slade.

“It is very important that business owners are seen to be 100 per cent fair when taking on new employees,” he said, “so the recruitment and selection process needs to be able to prove that a person got the job based on their ability and not where they came from.

“The Deputy Prime Minister has gone on record as saying that getting a job should be about ‘what you know, not who you know’ and we couldn’t agree more. So it is absolutely vital that companies reflect this approach and design their selection processes to avoid the risk of discrimination claims.”