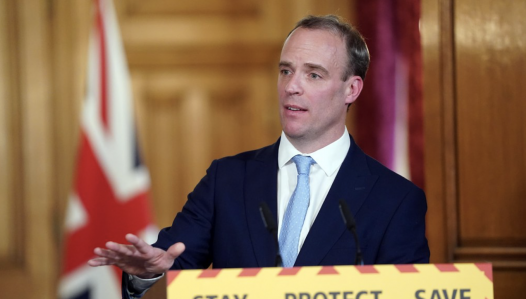 The ongoing trend of working from home is "damaging" the UK economy, according to foreign secretary Dominic Raab.

"The economy needs to have people back at work," he told the BBC.

Speaking on the Andrew Marr programme, he said: "It is important to send a message that we need to get Britain back up and running, the economy motoring on all cylinders."

The UK government has been encouraging workers in England back into their offices after easing lockdown measures, but many employers are resisting the calls and are assessing the possibility of continuing work from home policies as the company norm.

The CBI recently warned that ghost towns will be "inevitable" in the UK's major towns and cities if workers do not return to offices, with local restaurants and cafes suffering from a lack of commuting trade.

However, trade unions and the Bank of England have warned that a quick return to offices is unlikely.

Raab told Andrew Marr acknowledged that the return would be "incremental", but suggested that workers should only remain at home if there was a "good health reason" to do so.

Meanwhile, Labour's shadow home secretary Nick Thomas-Symonds warned that no one should face the sack, or the threat of it, by continuing to work from home. He called for a "real strategy about how this [return to offices] can be achieved". He said Labour supports the gradual reopening of the economy, but insisted that the government needs to follow a test, track and isolate strategy.