Which bubble will burst first? Bitcoin or initial coin offerings 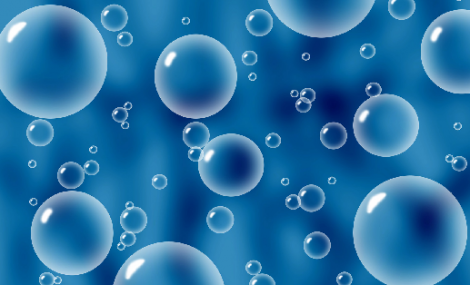 A Saudi Prince has likened bitcoin to Enron, another senior banker has joined a long list of bitcoin cynics, while one of the leading players in Fintech has told Fresh Business Thinking that bitcoin is a solution looking for a problem. But maybe initial coin offerings are an even bigger bubble.

Every so often, markets jump on a craze, things go mad, and then they go all horrible. But it often seems that to fully appreciate this you have to live it, and not merely read about it. How else can you explain the way people ignore the lessons of history?

Back in the 1720s, such a craze became known as the South Sea bubble: it sucked in the great and good of that time, Sir Isaac Newton was among the victims, losing £20,000, a fortune in that time. He later remarked: “I can calculate the movement of stars, but not the madness of men.”

Another company issued a prospective saying: “For carrying-on an undertaking of great advantage but no-one to know what it is!!.”

But the South Sea bubble was just one among many, a few decades earlier the Dutch had seen an even more extraordinary bubble in which tulips became a form of money, exploded in price, before the craze itself exploded in broken dreams.

So we know it happens. The question is, what are the main contenders today?

Bitcoin and initial coin offerings must surely be contenders; and this comment is made without suggesting that blockchain itself is a bubble. In fact, blockchain really could change the world.

In the last year, the price of bitcoin has risen from $696 to $5,765 at the time of writing. Five years ago it was worth just a few dollars.

This leaves us with two possibilities: Bitcoin is the greatest investment phenomenon ever, or it is the single greatest bubble in history.

Saudi billionaire Prince Alwaleed told CNBC: “I just don’t believe in this bitcoin thing. I think it’s just going to implode one day. I think this is Enron in the making. . . It just doesn’t make sense.”

Royal Bank of Canada CEO, David McKay also told CNBC: “The purpose, it seems to serve today is really to help move money in a hidden way and facilitate, potentially facilitate, criminal activity of moving money in an undetected way. . . I think some people will call it a fraud. I don't think it's fraudulent … But it doesn't solve a main need in society right now.”

But there is one thing these men all have in common, they are not part of the digital generation, maybe if they were millennials, they would get it.

But you can’t say that of Tom Blomfield, boss of Fintech superstar Monzo Bank. In a recent interview with Fresh Business Thinking he said: “I am a sceptic, a distributed ledger has some very interesting properties, it is a very specialised tool, but it is a tool that is looking for a problem. When all you have is a hammer, everything looks like a nail. That is how blockchain has felt over the last five years, they have this very nifty hammer, and they are going around looking for nails, I think the problem is that, especially in retail financial services, there isn’t a good user case for blockchain, it doesn’t actually solve problems that real people have. In fact, the overriding problem it solves is being able to buy drugs and various forms of pornography on the dark web, because it is an anonymous currency. If you take an anarchic view, it is great, if you trust central banks and want to prevent things like money laundering and terrorism, a traditional currency works just fine.”

So much for bitcoin, what about initial coin offerings?

Well, Jordan Belfort, knows a thing or two about scams. He is the man that the movie Wolf of Wall Street, starring Leonardo Di Caprio, was based on. He has told the FT, that promoters are “perpetuating a massive scam of the highest order on everyone. Probably 85 per cent of people out there don’t have bad intentions, but the problem is, if 5 per cent or 10 per cent are trying to scam you, it’s a f***ing disaster.”

He added: “It is the biggest scam ever, such a huge gigantic scam that’s going to blow up in so many people’s faces... It’s far worse than anything I was ever doing.”

But here is the curiosity. He said that there was nothing inherently wrong with the idea of cryptocurrencies.