What would Brexit mean for UK-based tech startups? 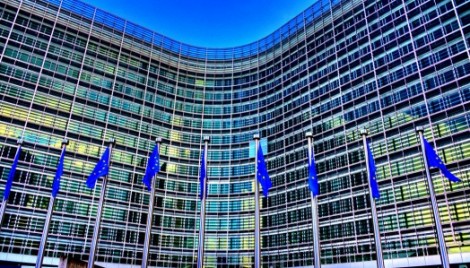 London-based technology recruitment specialists Nick Waller and Alex Hemsley are on the front line of the British tech startup and their outlook on Brexit is far from positive. Their agency, Global {M}, a startup in itself, is based just off London’s Silicon Roundabout and has been helping British technology startups source talent and assemble programming teams from around the world since its establishment in 2012.

The technology startup scene is international by its very nature. In this fast-moving realm of innovation, there is greater demand for specialist skills than supply and talent must take precedence over nationality or geographic convenience in the search for staff for any startup that wants to thrive. The programming workforce is therefore a highly mobile one, always ready to move to a new startup or seize an exciting new opportunity in an ideal role across the world. Many of those roles happen to be in the UK and overseas programmers have been laying the coded foundations of successful British tech startups for several years. The HMRC earns tax from these workers and the domestic economy is boosted by any successful startup.

Supporters of Brexit are adamant that wages will rise and unemployment will fall if Britain leaves the EU, but in reality, foreign highly skilled workers aren’t taking job opportunities from native talent. Rather, they are supporting and enabling UK-based companies to flourish, and these are roles companies would be unable to fill otherwise. Tech companies are already dealing with a shortage of UK talent, and in order to compete globally and produce high value startups it has been necessary to utilise overseas markets for highly skilled workers.

The Global {M} founders understand the extent of how the local tech industry relies on foreign talent with 51% of the candidates they placed in UK startups over the past year being from outside the UK. They recognise that any restriction on the flow of talent into the country will stunt the growth of homegrown startups and ultimately the economy.

“I believe that any restriction on the movement of highly skilled european labour is only going to have a negative impact on the London technology infrastructure, and therefore its validity as a major power on the bleeding edge of the technology and innovation sectors.” says Hemsley.

A recent survey by Silicon Valley Bank found that 72% of startup executives said leaving the EU would have a negative effect on their business while 95% said it is already challenging to find the right people for their teams. Moreover, the Treasury have predicted a year long recession on top of over 800,000 job losses if the UK are to vote “Yes” to Brexit.

Waller notes the EU tech industry support that will be severed if Brexit is to happen, “The European Commission has been very supportive to the tech sector and it would be a shame for British startups to miss out on their funding schemes such as the 2.8 billion euros funding, business support and mentorship programme “SME Instrument” and the EU Research and Innovation programme “Horizon 2020”, which promises to nearly £67 (€80 billion) of funding available for startups over the next few years.”

It has been said that through preferential visa rules, the UK will have the power to tailor the UK immigration policy to attract skilled employees into the areas required, such as tech but a Brexit will make the UK a less attractive place to relocate to. Ease of migration heavily influences a person’s choice of where to live and work and it’s inevitable that visas come hand in hand with red tape undoubtedly involving fees and sluggish paperwork processes. With the rate the tech industry moves at and the high level of competition for recruiting specialist staff, there simply isn’t time for emerging startups to waste on bureaucracy. As it stands, three-quarters of EU citizens working in the UK would not meet current visa requirements for non-EU overseas workers if Britain left the bloc.

For Brexit supporters the answer lies in developing strong tech educational programmes. It will literally take years to reap the benefits of creating a skilled workforce and startups again don’t have time to wait. They will also face the challenge of competing against larger European technology corporations for these workers.

With incubation programmes, grants and endless funding schemes, the UK has nurtured a strong startup culture and proved to be a significant hub of innovation on the international stage. In fact, London was rated the no. 1 city in Europe for supporting both startups and scale-ups in the European Digital City Index in 2015. It would be a shame to topple this position with any bureaucratic hurdles to the outside world including investors, innovators and coders that Brexit might erect. Global {M} have no doubt that the effect of Brexit for UK startups will be a hugely reduced pool of talent to draw from. Foreign workers add so much to the UK both economically and intellectually and allowing businesses to recruit freely is crucial for creating a thriving and a sustainable economy that can continue to produce Unicorns like Transferwise and Skyscanner.