Wages soared in the summer – does this foretell a consumer boom? 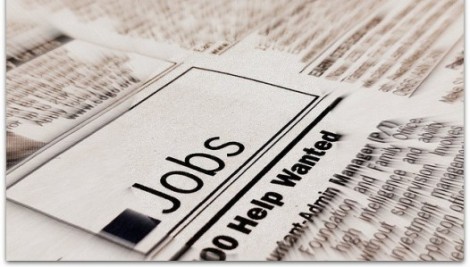 Average weekly wages shot up in the 12 months to the period May - July, while unemployment in July fell to just 4.7%. You could be forgiven for interpreting the data as saying that Britain is booming, but would such an interpretation be right?

Weekly wages with bonuses rose by 2.3% in the three months to July compared to the year before and by 2.1% without bonuses.

UK inflation is expected to rise next year, topping 2% very early into 2017, and possibly passing 3% later in the year. It matters a great deal whether wages can keep pace. Earlier this decade, inflation outstripped wage growth and it stayed like that for a number of years. It was with great relief that wages finally began to grow faster than inflation in the Autumn of 2014. But when wages fall behind inflation, consumer spending is the casualty.

It’s good that wages rose by 2.3%, but if inflation is set to rise towards 3% next year, UK plc needs wage increases that are greater than that – and the trend is down, because, in the three months to June, wages with bonuses rose by 2.4%. 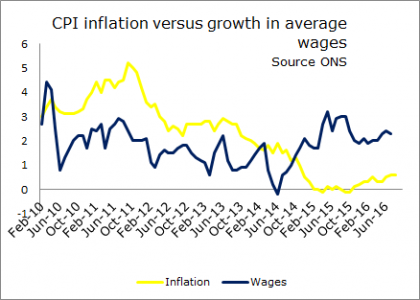 Meanwhile, the data on jobs was encouraging – up to a point.

UK unemployment in the three months to July was 4.9%, the same as the month before, but the ONS – which compiles the data – also records monthly figures in isolation; and July unemployment was down to 4.7%. There is a reason why the ONS does not make too much of the monthly reading, it is very volatile, but even so, it is an encouraging finding.

UK employment rose by 174,000 compared to the previous three-month period, hitting 74.5%, the highest rate since records began in 1971.

Drill down, and things look less encouraging. As Samuel Tombs at Pantheon Economics said: “When you scratch beneath the surface, today’s labour market figures are not as robust as they first appear. . . The headline figure . . . remains supported by surging self-employment. . . The strong growth also reflected a shift towards part-time working; total weekly hours rose by just 0.3% between April and July. In addition, the tiny 3K rise in the three-month average number of job vacancies between May and August and the deterioration in surveys of employment intentions, point to much slower employment growth ahead.”