US markets surge again – is the recovery finally happening? 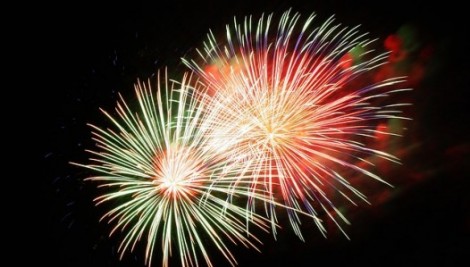 The US stock markets saw a grand slam yesterday, with no less than four indexes hitting new all time-highs. But look deeper, and there is something else that is even more encouraging going on.

The famous economist Paul Samuelson once wrote that the ‘stock market has forecast nine of the last five recessions.’ In other words, the stock market gets it wrong. As a predictor of the economy, it is better than tarot cards, but a long way from fool proof. And just as stocks can sometimes crash, but tell us nothing about the economy, they can surge too, and likewise for no good reason.

Yesterday, in the US, the Dow Jones Industrial Average, S&P 500, NASDAQ Composite and Russell 2000 all closed at record highs. Such booming markets may be telling us that the economy is set to boom, but, just as happened in the year 2000 and 2007, when markets soared, they mean nothing of the sort.

But look again, and a bigger reason for optimism emerges.

Bear this in mind, economic downturns are usually followed by strong recoveries. It has happened over and over again – with two noticeable exceptions. The Dow Jones crashed in 1929, the US fell into recession, and then things got worse. It was not until well into the 1950s, before the US returned to the level that was on par with what you would have expected had the pre-1929 growth rate continued.

And the other occasion when recovery was elusive was the occasion we are have just seen – the economy tanked in 2007/08 and stayed weak. This led to all sorts of theories about how things have changed, how secular stagnation meant the good times would never return. Others, such as Robert Gordon the economics professor from North Western University argued that technological progress had slowed, and we were going to have to get used to permanently lower growth.

It was odd, no one would say the 1930s depression was caused by lack of technological progress, yet the similarities between the recent slowdown and the 1930s are clear.

It has nothing to do with President Trump – nor for that matter President Obama – it is simply the economic cycle at work.

It was told here yesterday how both the UK and Eurozone saw good news on their manufacturing industries. The latest manufacturing purchasing managers index – or PMI – tracking the euro area pointed to the fastest rate of job creation in the sector ever recorded. The UK PMI is signalling quarterly growth at around the highest level in seven years.

But more good news comes from elsewhere. The latest PMI covering US manufacturing, and released by ISM surged to 57.7 in February, a two and a half year high – but then two and a half years ago, the index was making headlines for its good performance. Or take the rival PMI tracking US manufacturing from Markit – this is also pointing to the strongest growth rate in two years.

Or take the JP Morgan Global Manufacturing PMI – this rose to a 69-month high in February.

Global manufacturing, from China to the US, from Germany to London is looking good.

If it can last, then the recent rises in stock markets are probably justified, and the long awaited full recovery may be on the way.