US inflation figures rip into hopes of economic boom 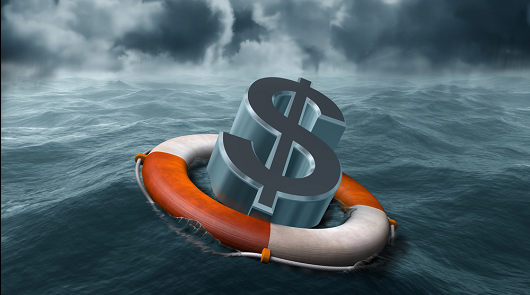 Deposit Photos
The latest figures on US inflation are out, and they add substance to the fears that underpinned recent falls in stock markets - the data may point to a significant change in the US economy.

Interest rates are going up, short of something surprising happening, we know that rates are rising in the US and UK, but maybe not in the euro area for some time.

So far, so normal. Higher rates are inevitable - they can not stay at record lows forever. That’s not the problem. What would be a problem is if interest rates rise to the kind of levels once seen as normal - five per cent, or more. Debt levels around the world may become unsustainable if that happened. Asset prices, including house and share prices may crash.

And interest rates will need to rise much higher if inflation rises to a level that is significantly greater than anticipated.

And in January inflation rose at an alarming rate.

Look at the headlines and they didn’t seem too bad. US headline inflation didn’t change on the month before - 2.1 per cent, nothing to worry about there. Core inflation - with food and energy taken out and also known as the underlying inflation rate - was also unchanged at 1.8 per cent, so far, that’s fine.

But look at January in isolation and things look much more worrisome. Inflation increased by 0.5 per cent on the month before and core inflation by 0.3 per cent.

Michael Pearce, Senior US Economist, at Capital Economics said that the “strength (in US inflation) was widespread too. Shelter prices posted another solid gain in January. Clothing prices, which had been a drag on inflation over recent months, rebounded by 1.7 per cent month on month. That recovery probably reflects the unseasonably cold weather in the Northeast, which followed a mild end to last year. There was also a stronger 0.6 per cent month on month gain in the medical services component, which could reflect stronger demand for medical services as a result of the flu epidemic this year.”

But he said that once one-offs work their way out, which should be by this spring, US inflation will be around 2.2 per cent and rise from there.

But what is worrying about the month on month rises, is that they are following the predictions of economic theory - when unemployment is at just 4.1 per cent, the current level, but the economy is still growing - theory says inflation should rise. This is significant, because up to now, inflation has not been obeying the theory, creating a sense of complacency within the markets.

Economic theory also says that if you impose a massive fiscal stimulus, as President Trump is planning, at a time when unemployment is low and growth in the economy quite high, inflation should shoot up.

The best hope - from a short-term perspective, but not a moral one, is that as the Trump tax cuts will largely benefit the rich, there will be no inflation creating splurge in consumer spending, just higher savings.