US economic news falls to dip stage on roller-coaster ride 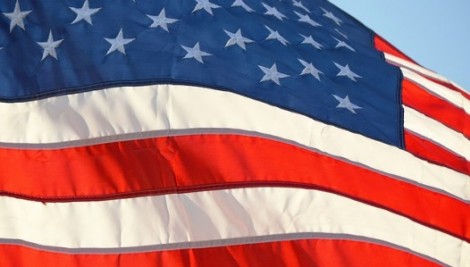 Ten days ago, the news on the US economy was quite spectacularly good. The latest data was almost as bad as the previous data was good. What is going on?

It may simply be that everything is going back to normal. President Trump looks increasing like every other president – adopting a policy in Syria that Hillary Clinton backs, and hitting a barrier constructed of US Congress, when trying to get through new legislation.

And much the same can be said for the news on the US economy.

Ten days ago, the US consumer confidence index from the Conference Board, rose to a 16-year high. This was indeed good news, although it needs to be remembered that the index was surging under Obama, when it went close to a ten-year high, it has just carried on surging.

Then last week, we had the latest purchasing managers indexes covering US manufacturing and non-manufacturing. They fell from the month before, but even so, stood at respectable levels, consistent with an annualised growth rate of 2.5 per cent with the US economy.

But this benign outlook took a knock-on Friday.

US non-farm payrolls rose by just 98,000, that was the smallest increase since last May, and contrasts with a 219,000 rise in February. To really rub salt in the wound, data for January and February was in fact revised down by 38,000.

President Trump was not shy in proclaiming triumph when the data for February was released – even though its seems unlikely he had anything to do with it. Now that the data is disappointing, – which also has nothing to do with the President – will he, for the sake of consistency, wear a hair shirt, or something?

Then again, maybe the data was no so bad.

For one thing, it seems the dip in job creation was largely weather related – heavy snowstorms in parts of the US during the month. More to the point, the weather was unseasonably good the month before, lifting employment in February, maybe in March we simply saw an inevitable correction.

In any case, US unemployment was down to just 4.5 per cent, the lowest level in a decade.

Paul Ashworth, Chief US Economist at Capital Economics said: "Overall, monthly payroll gains should now settle down to a steady 150,000 to 170,000 per month, which would be enough to keep the unemployment rate on a gradual downward trend. With the unemployment rate already at the Fed’s estimate of the natural equilibrium rate, this isn’t going to stop the Fed from hiking interest rates again in June."

Marcus Bullus, trading director at MB Capital was less sanguine. He said: “The March non-farm payrolls number was a phenomenal miss and will add to market uncertainty following the Syria missile strikes. Very few traders saw this one coming. It was little surprise the Dollar went into a nosedive in the immediate aftermath of the announcement. The upshot of this very poor number could be a more dovish and cautious Fed. Next month's [data] will be decisive in determining whether this is a blip or the beginning of a broader slowdown. You suspect, and hope, the former.