Unilever wins battle against Kraft after just one shot 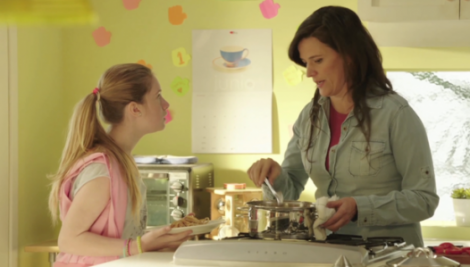 The Unilever Kraft battle is over, but if nothing else, it illustrates the dangers implicit in long-term thinking.

What has love, according to Nat King Cole, and the Kraft Heinz bid got in common? Answer, they are over before they begin.

Nat King Cole concluded that: “When [he] falls in love, it will be forever.” But will the decision by Kraft to walkway from Unilever be forever?

It boils down to one key difference: short versus long-term.

Unilever invests in trying to future-proof the business. It's famous for the enthusiasm with which it has adopted digital transformation. It backs start-ups throughout the world, it has a culture that emphasises innovation.

And its big on selling to emerging markets.

Kraft Heinz, under the ownership of Brazilian private equity firm 3G, and Warren Buffett’s Berkshire Hathaway, has learned how to eek every ounce of efficiency from its business.

And in Unilever, it saw an opportunity to do the same, to skim off the fat, slash costs, and make £115 billion bid seem like a bargain. Oh, and post Brexit falls in sterling helped make the company look like even more of a bargain.

But this so-called fat, that Kraft wanted to skim, was not really fat – not in a negative sense anyway. Polar bears have lots of blubber, to protect them from the cold: they are still ruthless killing machines. In the case of the world’s largest land carnivore blubber makes it cold proof.

Unilever’s blubber was about making the business future-proof.

It means that the company is more likely to survive the great disruptive technology shock that is blowing in everybody’s direction, but the price it pays for trying to maximise long-term profits is maybe less profits in the short term.

It was that which made the company vulnerable to a takeover.

It is big on selling to emerging markets, but that did not do so well in the last quarter, hitting the share price.

Yet, for companies like Unilever, emerging markets represents a wonderful opportunity – it is just that in taking advantage of this opportunity, there will be the odd shock, from time to time, hitting the share price.

Will Kraft Heinz be back? Maybe, but it is more likely to turn its attention to safer targets.