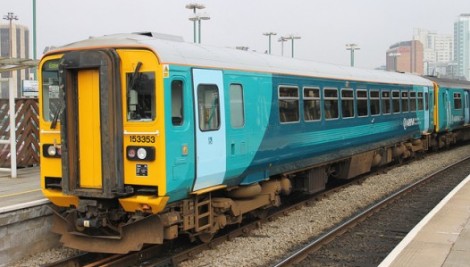 The UK government has been fleshing out on its plan to require train operators to offer free internet access, and its good news for those who have been longing for the end of the stone age, and want UK public transport to enter a kind of post stone age era.

The UK government has announced that from now on all wheels must be round. “Square wheels are ineffective, and do nothing to support the UK’s drive to greater productivity” said a government spokesman. The move was warmly welcomed by the press, until someone pointed out that square wheels are quite uncommon, and usually only appear in kids cartoons.

The above comment was not entirely true – although whether it would be classified as post truth, or fake news, thus making this article unsuitable for Facebook, or whether algorithms from Google or Facebook will be able to recognise attempts at irony, however feeble, is yet to be determined.

But the UK government’s latest revelation concerning internet access from trains is only marginally less ridiculous.

Cast your mind back to before the last election, to the days of coalition government. The government of that time announced plans to ensure future tenders for train franchises in England and Wales would come with a minimum stipulation of free Wi Fi.

But Matt Hancock, digital policy minister, which frankly is a job that is so important that it should be a cabinet posting, revealed in a parliamentary debate that the bid would require a speed of one megabit per second.

So the good news is that in an effort to help boost UK productivity, the UK government has attempted to end the digital stone age.

The bad news is that the real stone age was followed by lots of ages before we got to today.

One megabit per second is the equivalent of some kind of tin age, or digital Neolithic age (new stone age).

Wouldn’t it be good, if, in trying to keep the UK up to date, the government tried to look forward rather than try to add technology from the last decade, which, as far as digital is concerned, might as well have been technology from before the Ark?

Or as Fred Flintstone said: "There's nothing to worry about, sweetheart."