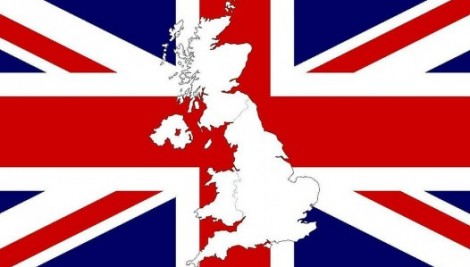 Frankly, it looked as if the UK economy was in trouble, but maybe it was just a kind of winter shiver because the latest news on UK plc came with a fine dollop of good news, there is still a niggle, however.

The UK economy grew by 0.3 per cent in the first quarter of this year – that was disappointing. Recent data on the UK economy pointed to a contraction in retail sales, industrial production and the key subset of industrial production, manufacturing. Meanwhile, inflation rose, thereby eroding households’ disposable income. Things were beginning to look worrisome. Being cynical, it could even have been suggested that the real reason for Theresa May’s decision to call an election related to fears that the UK was set to see a Brexit related slowdown.

But as the second season of the year was, as it were, sprung upon us, things started to look much better – although worries still lurk.

The first three working days of each month bring with them the purchasing managers indexes – or PMIs – tracking UK manufacturing, construction and services. And this time around, they provided a hattrick of good news.

The PMI tracking manufacturing jumped to a three-year high, rising from 54.2 to 57.3. It was quite a turnaround because last month’s reading was in fact at a four-month low, and seemed to form part of a wider narrative that the UK economy was slowing.

The PMI tracking construction rose from 52.2 to 53.1 The best reading of the year so far. Then again, bear in mind that the highest reading for this index since the 2008 crisis was 64.6, so the index is pointing to mild recovery in construction.

As for services, the Business Activity Index jumped from 55, in March, to 55.8, the best reading of the year so far. A sub-index tracking new business, and thus a good forward indicator, rose to its second highest reading since the summer of 2015.

At their current reading, the surveys are consistent with growth in the UK economy of around 0.6 per cent.

But, as, Samuel Tombs, Chief UK Economist at Pantheon Macroeconomics, pointed out, the surveys don’t always get it right, in fact he said: “They are error prone; the PMI's prediction has been off by 0.3 percentage points on average since 2004.”

He explained that the “indicators are diffusion indexes, capturing the proportion of firms reporting that output is rising, less the proportion reporting declines. As a result, the surveys fail to capture the magnitude of changes in activity. They are best seen as measures of the breadth of growth, not the rate.”

There is another problem, the UK services PMI does not cover the retail sector, and yet this is the very sector that has been struggling so much of late.

Mr Tombs also pointed to what he called hard data on car sales – so that is actual data on numbers of cars sold and produced, so it is less subjective. In fact, new car registrations fell by nearly 20 per cent in April, the biggest drop since 2010. Even demand for electric and hybrid cars fell.

Mr Tombs said: “The huge drop was driven partly by the introduction of new rates of Vehicle Excise Duty—an annual tax on car ownership—on April 1. Most new cars now cost £400 more over three years as a result of the tax hike, although the amount varies according to the emissions and vehicle prices.”

The real worry here relates to the differential between growth in wages and inflation – it looks as if inflation is very close to outstripping growth in wages – and that would be bad news for retail sales, and indeed car sales.

So, it does seem as if the PMIs are pointing one way – the hard data and analysis of the inflation data points another.

Maybe the real problem is that the UK economy is simply doing okay. The performance in Q1 was worse than that, it was actually quite poor. So, April saw a correction, returning us to the okay trajectory.

But there was one more bit of good news – to read about that see: Oil price sees precipitous fall – consumer celebration may follow.