UK economy looks set fair for 2017, US looks good too 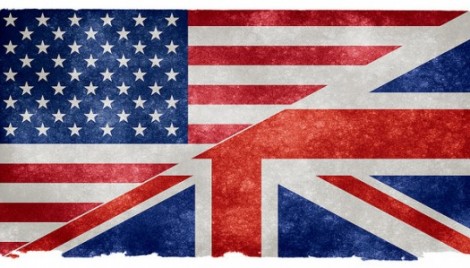 For all the doom and gloom, and pessimism emanating from forecasters, the latest news on the UK economy was really quite exceptional – the news on the US was pretty good too.

It is hard to know where to apply the most sensationalist words. Do we describe the latest news on the UK economy as remarkable, or instead do we call the data on the US incredible? Maybe we should reserve our excitement for the Eurozone.

If you take a pessimistic view of the economy, you may dismiss the latest surveys as a distraction from reality, but then again, history tells us that these surveys are good: they provide reliable snap shot. And frankly the latest readings are pretty close to sensational.

Unless something has gone horrendously wrong with the data, they point to the strongest economic performance for the UK, US and Eurozone at the beginning of 2017 seen since the crash of 2008.

You can characterise it with one word – high, if you like an economic legal high.

The latest Purchasing Managers Indexes (PMIs) tracking manufacturing in the UK and US were good, very good, surpassed only by the latest PMIs on the Eurozone.

The UK manufacturing PMI released yesterday hit 56.1 – with any score over 50 denoting expansion. That was the highest reading for the index in 30 months.

Across Europe and north America, that put the UK into third place, only PMIs in Holland and Austria scored higher – 68-months highs.

According to survey compilers Markit, rates of expansion in output and new orders in the UK were among the fastest seen during the survey’s 25-year history.

Looking westwards, the data on the US was almost as good. The latest manufacturing PMI from Markit rose to 54.3, a 21-month high, a rival measure from ISM hit 54.7, a two-year high.

The surveys may not gel with your view of the economy, but they say what they say, and there is no denying they point to a very robust performance.

As for PMIs tracking services , the rose to a 17-month high, suggesting a 0.5 per cent quarterly growth rate.

The the economies of the US, Euro area and UK start this year in just about the best shape in almost ten years.

This all begs the question why? Why are the PMIs pointing so high?

Maybe we don’t need an explanation.

History tells us that the sharper the economic downturn, the stronger the recovery. But this time around, the recovery from the 2008 crash has been very slight. Maybe the economy is just catching up with all that lost ground.

Maybe it won’t last. Only time will tell.

Here is the big fear.

Protectionism is bad. A reversal of globalisation may eventually lead to a very deep global recession. But these things take time, and public perception is not good at allowing for time lags. If we do get some kind of economic boom, just as the protectionist bandwagon gathers momentum, there is a danger the public will perceive causation, when in fact we are just seeing coincidence.

And if as a result protectionism gathers momentum, those who warn against it are dismissed as experts of whom we have had quite enough, the end result will be about as catastrophic as you can imagine.