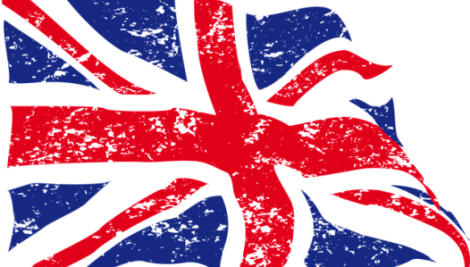 We don’t yet have all the data for all of the EU and G7 for the third quarter of 2017. But we do have most of it. And as things currently stand, the slowest growing economy so far this year is Denmark, cumulative growth so far this year is 0.9 per cent. The UK, by contrast has grown by one per cent.

We are still awaiting data for how the Irish economy did in the Q3, but so far we have seen a somewhat peculiar performance . It grew by a stunning 5.8 per cent in Q4 of last year, and contracted by 3.5 per cent in Q1, and then grew by 1.4 per cent in Q2. There are so many one-off factors at work in Ireland, its growth rate trajectory correlating so much with a roller-coaster, that we should perhaps exclude the economy from the growth league for the time-being, and revise again when we have the full data for the year as a whole.

We don’t have data yet for Luxembourg, Estonia, Greece, Malta, Slovenia and Sweden.

Of these countries, Luxembourg has had a poor year so far, and final data may reveal it is behind the UK, and Greece only grew marginally more quickly than the UK in Q1 and Q2, so a poor third quarter will see it fall behind the UK.

But looking at the world’s larger economies, the UK is lagging, at bottom place.

Or see it this way 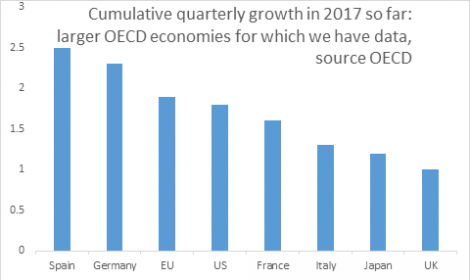 This all begs the question why?Why has the UK seen such a poor year?

And that does bring us to the latest news on the UK labour market. Unemployment stayed at 4.3 per cent in September. It has now been at that level for three months. This recent run aside, the last time it was so low was in the mid-1970s. But in the three months to September, average wages with bonuses rose by 2.2 per cent. Given that inflation was at three per cent in September, this means real wages fell, something that has now happened for six months in a row. And this awful run for real wages is down to the falls in sterling seen post Brexit vote, and will no doubt continue once the effect of the falls in sterling seen after the June election filter through to hit inflation. 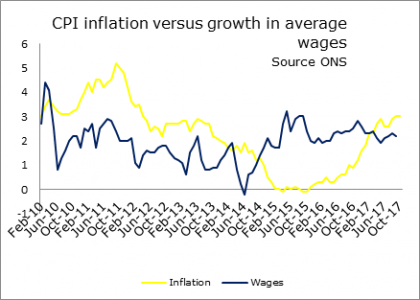 When people argue that the Brexit vote has had no discernible effect on the UK economy, it seems that they arguing black equals white.