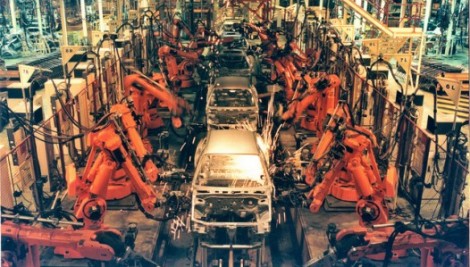 There was a lot of data on the UK economy today, but was it good or bad?

Industrial production rose by 2.1 per cent, month-to-month, in November, much better than expected. But the trade deficit widened.

But was that good or bad? It depends on who you listen to.

Samuel Tombs, Chief UK Economist at Pantheon Macroeconomics emphasised the one-off nature of the jump in production, following the return to action of the Buzzard oil field –the largest in the North Sea – following a temporary closure in October. Mr Tombs also talked about energy supply rising by 1.9 per cent, as unseasonably cold weather, with average temperatures 1.3 degrees Celsius, below their 1970-2015 November average, boosting demand for heating.

But Paul Hollingsworth, UK Economist at Capital Economics pointed out that manufacturing also rose by a solid monthly 1.3 per cent, more than reversing the previous month’s one per cent fall. Then, again, Mr Tombs almost said the same thing, but the difference is telling: "Manufacturing output, meanwhile, rose by 1.3 per cent, but this followed a 1.0 per cent decline in October; the underlying trend is only slightly upwards."

As for the trade data. The trade deficit widened to £4.2 billion in November from £1.5 billion in October, worse than expected. Mr Tombs said: "November’s trade figures show that sterling’s depreciation has not led to a pickup in export volumes or a reduction in the economy’s dependency on imports."

But Mr Hollingsworth said: "On the face of it, the latest trade figures were disappointing. . . But there were some more encouraging signs in the trade volumes figures. The three-month growth rate of goods export volumes rose from minus 2.7 per cent in October to plus 1.1 per cent in November. And growth in import volumes slowed from plus 4.2 per cent to plus1.8 per cent. This tentatively suggests that net trade may have made a positive contribution to GDP growth in Q4."

Looking at the prognosis for the quarter, Mr Tombs said: "Industrial production likely fell for the second consecutive quarter in Q4—technically marking a recession for the sector—leaving the services sector as the sole locomotive of growth at the end of last year."

By contrast, Mr Hollingsworth said: "Overall, the latest figures suggest that economic growth has maintained pace and is starting to become better balanced."

What we can say is that the more forward looking purchasing managers indexes’ did paint a much brighter picture of the UK economy in December.