The UK economy storms ahead to second gear 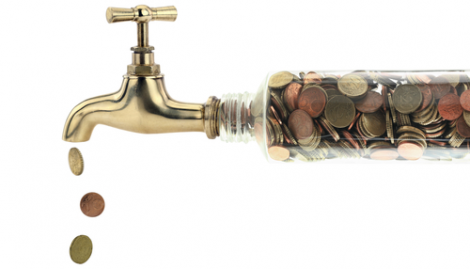 The UK economy did better than expected in the third quarter, instead of growing really slowly, it just grew slowly. Now pundits are suggesting a November hike in interest rates is a foregone conclusion, and much to the consternation of economists who fret that the economic recovery may be stopped, in its tracks.

According to the latest data, out yesterday, the UK economy grew by 0.4 per cent in Q3. That’s from 0.3 per cent in Q2 and 0.2 per cent in Q1. It compares with a long-run average growth 0.6 per cent quarter on quarter.

The data also revealed that the UK economy expanded by 1.6 per cent, year on year.

That does not feel like the stuff that hikes in interest rates are made of. The former chair of the US Federal Reserve, Alan Greenspan, once famously said that it was the job of central bankers to take the punch bowl away just as the party starts to get going. Well, if the Bank of England does hike rates in November, it will be more akin to taking the punch bowl away before the guests arrive.

Indeed, for the MPC, that’s Bank of England’s interest rate setting committee, to increase rates when the economy is so weak is unprecedented. As Samuel Tombs, Chief UK Economist, Pantheon Macroeconomics explained: "The MPC has never hiked rates before when the latest estimate of quarter-on-quarter GDP growth has been below 0.5 per cent.”

Ruth Gregory, UK Economist, at Capital Economics said: "With inflation having risen and unemployment falling more quickly than the MPC expected, this further increases the chances that the MPC will press ahead and raise rates next week."

Mr Tombs said: "The hurdle for a rate hike has come down since the pre-crisis period, given the downshift in productivity growth. The hurdle has fallen even further since the Brexit vote, which has depressed supply-side growth by dissuading firms from investing and discouraging EU migrants from seeking employment in Britain.”

There are some important points here. Yes, inflation is on the high side – three per cent at the last showing- but this seems to be entirely down to the falls in sterling seen post Brexit, meaning sooner or later inflation will fall again. The MPC is supposed to be ahead of a trend, not behind it.

But economic policy in the UK is heavily influenced by policy elsewhere. Rates are going up at a reasonably brisk pace in the US, and since the eurozone is growing quite fast, 2018 may see the cost of borrowing rise across the channel too.

If this happened, the Bank of England may have no choice but to increase rates again, and if the economy is still only growing very slowly by that point, that may be a problem.