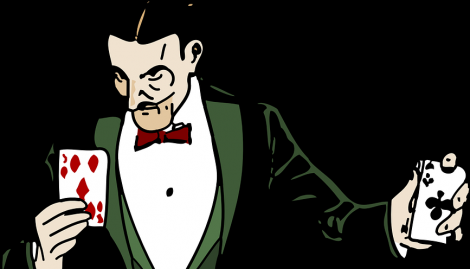 The total value of the UK’s housing wealth has topped £6 trillion, finds research from Halifax. But is this real wealth or an illusion that could be sucking the UK into dangerous complacency?

UK GDP is around £2 trillion. Government debt is about £1.8 trillion (£1.773 trillion in August this year, according to the ONS). But the housing wealth is a staggering £6.015 trillion, finds Halifax.

Put that in a historical context. Since 2007, housing wealth has risen from just over £4 trillion, up by very nearly a half.

Government debt has roughly doubled in that time, but GDP has risen by just under a third from £1.53 trillion.

In short, over ten years, UK GDP is up by about half a trillion, government debt by around a trillion, but housing wealth by a staggering two trillion.

The UK’s single biggest challenge, as was demonstrated so clearly last week in the Budget, is its poor productivity growth. Productivity is what matters; if this does not rise, nor can income - not in the long run. Yet the housing stock soars, it is like true wealth creation, which comes from working hard, and working smart, supported by technology, and housing wealth exist in two separate dimensions.

The booming housing stock is distorted in favour of the older portion of the UK demographic. The over 55s own 63.3 per cent of this housing stock, the under 35s own 3.3 per cent. Of course, there is a massive London and south-east bias, but we all knew that, anyway.

Here is the problem.

The six trillion is not real. If all the houses in the UK were put up for sale at the same time, the stock wouldn’t be worth anywhere near that amount. It has been pushed up by the speculative motive. There are six million homes in the UK with two or more spare bedrooms, how else do you explain the fact that so many people live in a home that is bigger than they need, other than to say these homeowners see their home as an investment.

Consequently, the UK housing stock is a Ponzi scheme, little different from bitcoins.

Don’t believe that? Ask yourself this question, if everyone rented, do you still think there would be six million households living in homes that are bigger than they need?

If those six million households downsized, then the well-known problem of a shortage of homes would disappear.

But the tax system is warped. If you work hard, or you create a business that grows, you are taxed heavily on the wealth you created via the sweat of your brow, in the form of income or capital gains tax. If you do nothing, stay in doors, watching TV, but happen to own a property and your wealth soars, you pay no extra tax.

If instead we taxed illusionary wealth creation via the UK property Ponzi scheme, but reduced tax on real wealth creation, the UK may emerge as the most dynamic and successful economies on earth, the NHS would get the funding it needs and tax receipts would come flooding in, paying off government debt in no time.