The dreadful shock to pay 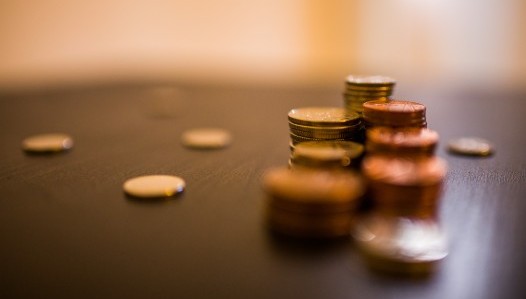 The Institute of Fiscal Studies has called the outlook for pay dreadful, is it right?

Say one thing for the Institute of Fiscal Studies (IFS), it didn’t mince its words. Its director, Paul Johnson put it plainly enough: “This has, for sure, been the worst decade for living standards certainly since the last war and probably since the 1920s.” He called the outlook for pay dreadful.

Why is he so vexed? He is projecting that real wages – that’s after taking into the account of inflation – will be lower in 2021 than in 2008. “One cannot stress enough how dreadful that is” he said, “more than a decade without real earnings growth. We have certainly not seen a period remotely like it in the last 70 years."

The problem is as follows:

Immediately after the 2008 crash, unemployment rose sharply, but inflation fell. Those people who managed to hold onto a job during the last two years or so after 2008 did okay. Factor in the cut in interest rates that occurred over that period, then those with mortgages who kept their jobs did more than okay. For some, the recession of the late noughties was a phoney recession.

But it all began to change in the spring of 2010. In May of that year, inflation rose faster than average wages. And it pretty much stayed like that until February of 2014. So for just shy of four years, we saw negative growth in real wages.

Since then, however, inflation has dropped and wage growth picked up. So during the last 30 months or so, real wages have been rising, making up for those previous years of negative growth. It is just that the falls in sterling seen since Brexit are expected to lead to a sharp rise in inflation, with many economists predicting that it will top three per cent, next year, or go even higher. Right now, the runes seems to be saying we are set to see another period of falling real wages. 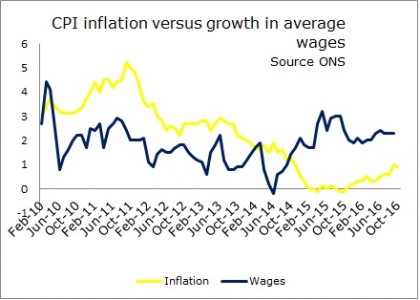 Maybe the impact of Brexit will not be as severe as forecasters are saying. The pound has risen strongly against the euro since the US election, up from close to 1.10 euros at the beginning of the month to 1.7740 this morning (25th November).

Actually, the rise in sterling has a positive and negative impact.