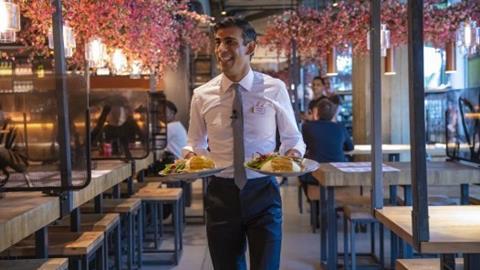 Sunak: No austerity in Spending Review

The Spending Review will not spark the return of austerity, Chancellor Rishi Sunak has said.

With hundreds of billions of pounds spent on responding to the impact of the Covid-19 pandemic, many analysts had expected to see the government’s spending plans reduced or even cut completely.

The Spending Review, which takes place on Wednesday, will see the government keep its promises on funding for police, schools and the NHS, Mr Sunak told the BBC’s The Andrew Marr Show.

However, despite reassuring that austerity would not return, the Chancellor also confirmed that the public would see the “economic shock laid bare”.

Speaking to the BBC, Paul Johnson, director of the Institute for Fiscal Studies (IFS), said tax increases might not be a factor until after the next election.

He said: “We are still in the position of being able to borrow incredibly cheaply and really wanting to protect the economy.

“It’s not something that is super-urgent as we come out of this crisis.”

Last week, Mr Sunak announced a freeze on pay for public sector workers, which was met with fierce criticism. But speaking to Sky’s Sophy Ridge On Sunday, the Chancellor hinted that NHS nurses will not be included in that: “You will not see austerity next week, what you will see is an increase in government spending, on day-to-day public services, quite a significant one coming on the increase we had last year.”

“When we think about public pay settlements, I think it would be entirely reasonable to think of those in the context of the wider economic climate.”

In a speech later today (Monday), shadow chancellor, Anneliese Dodds, will say: “Freezing the pay of firefighters, hospital porters and teaching assistants will make them worried about making ends meet ahead of Christmas - that means they’ll cut back on spending and our economy won’t recover as quickly.”

Mr Sunak added: “This has been a tough year for us all. But we won’t let it get in the way of delivering on our promises - the British people deserve outstanding public services, and we remain committed to delivering their priorities as we put our public services at the heart of our economic renewal.”