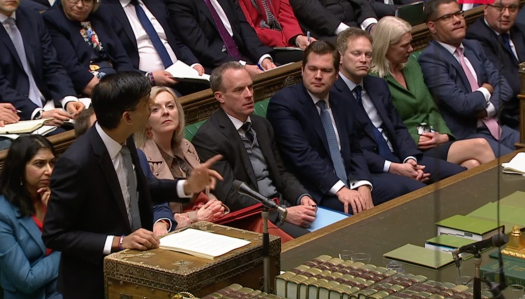 Businesses in the UK could be facing an increase in corporation tax as the Chancellor Rishi Sunak considers ways to pay off debt sparked by Covid-19.

The UK government has borrowed an additional £391bn since the outbreak of Covid-19 to cope with the pandemic. And now its attention is starting to turn to how to pay it off.

If implemented, the Chancellor is likely to argue that 24% is the global average for corporation tax and still places the UK below the likes of France, Germany and Spain.

It is understood the increase would be part of a wider £30bn tightening on businesses, pension funds and foreign aid. Mr Sunak is also believed to be considering raising the dividends tax rate to bring them in line with income tax. Company directors who pay themselves in dividends currently pay a 7.5% tax rate, compared with the 20% basic income tax rate. It's a move that would likely hurt business owners and sole traders who have already struggled to secure financial support during the pandemic.

Speaking to the Sunday Times, Roger Barker of the Institute of Directors, said: "Many companies are saddled with debt and are facing the prospect of significant restructuring in light of the new normal. Adding to the cost burden could hurt investment and jobs over the coming months.

"Lifting taxes on entrepreneurs would be a bitter pill to swallow after so many went without support during the lockdown.”

Hiking taxes on businesses and company directors would 'send the wrong message', according to Mike Cherry, national chairman of the Federation of Small Businesses. With evidence of a number of people deciding to go it alone and set up their own business after losing their job, Mr Cherry argues that “given we’re in a recession, the last thing policymakers should be doing is hiking taxes on those we need to invest, create jobs and generate growth over the crucial months ahead.”