Suit and tie is dead. Bank on jeans! 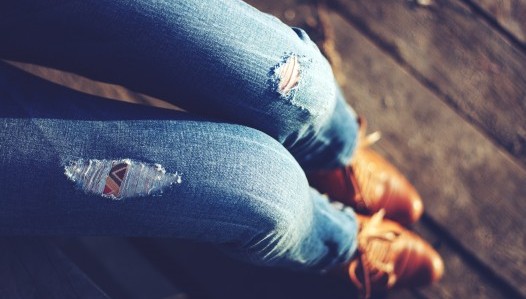 With recent headlines discussing the issue of what’s acceptable to wear in the office, new research from Regus has found that established ideas about dress code and being well and truly challenged by today's workforce.

Earlier this month, Nicola Thorp hit the headlines after being sent home for refusing to wear high heels. But it's not just footwear that is being challenged, particularly in the financial services sector.

According to Regus' survey of 3,000 professionals in the UK, more than half (54%) of workers in banking and financial services firms now believe that a suit and tie is too formal for the modern workplace. The same number also said that jeans are now acceptable in the office. And while this falls below the cross-sector averages of 73% (suit and tie) and 65% (jeans), Regus says it's a significant shift for an industry seen as the most professionally dressed in the business world.

While Ms Thorp just wanted to wear flat shoes, over a quarter (26%) of those surveyed in the banking sector believe sandals to be acceptable and more than one in ten (12%) wouldn’t flap over flip-flops.

Tracksuits were deemed the least acceptable office outfit across all sectors, although 16% of respondents in the media and marketing industry see nothing wrong in taking a sporty look into the office.

Richard Morris, UK CEO at Regus, said: “Everything about the world of work is changing, from where we work to the hours we spend working to what we wear. This more relaxed attitude to workwear is a reflection of the fact that the ‘office’ environment is now a lot less formal in many cases – lifestyle and work are integrating.

“Working alongside people from other companies in co-working space results in a mingling of styles and attitudes and a loosening of the formality that prevailed in the traditional, permanent offices of old.

“Business leaders are learning fast about measuring on results rather than attendance and presentation. If a job’s done well, who cares if it’s achieved in flip-flops?”

What's your office dress code? Do you even have one... are you staff free to wear whatever they like? Let us know by commenting below or tweeting us @freshbusiness