Sterling in another crash 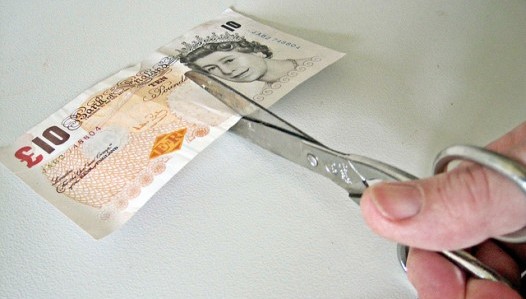 The pound saw another day of sharp losses yesterday, more to the point, the falls have compounded the drop seen in the immediate aftermath of the Brexit vote. Is this a crisis?

When the governor of the Bank of England said that the UK was reliant on the kindness of strangers, he was talking metaphorically. The UK is precariously placed, its current account deficit to GDP hit an all-time high at the end of last year, and has stayed close to that level since. When the deficit is that high, a possible crash in the currency is a permanent danger. What stops this from happening is that the UK is seen as a safe haven. A place where investors want to put their money – so that they are not really being kind – just responding to what they see as an economy that is kind to their money.

Before the referendum, many feared that a Brexit vote would spark very sharp falls in the currency.

Instead, we got something of a goldilocks reaction. The pound fell sharply after the EU referendum, but it fell by just about the right amount. It fell to a level that gave exporters a nice terms of trade benefit. But not so much as to risk kicking off a big jump in inflation.

But this week, at the Conservative Party Conference, Mrs May and Mrs Rudd and Mr Fox, spoke the kind of rhetoric to suggest that the UK was not so much going down the hard Brexit route as the drawbridge Brexit route.

And the markets unleashed their venom.

Before the EU referendum, there were 1.27 euros to the pound. On the day after the referendum the pound fell to a 31 year low against the dollar, dropping to almost 1.28 dollars.

There is a view that some of yesterday’s selling was down to an algorithm combining with human error, but then at one-point sterling was even lower, it had recovered a tad by the end of the day, probably ironing out the effects of algorithm based glitches.

In percentage terms, the falls in sterling are now beginning to become comparable to the losses experienced by the pound after the crash in 2008.

There is a time lag between a fall in a currency and the inflationary effect. Between September 2008 and January 2009 the pound fell sharply, but inflation did not peak until the end of 2011, when it went just over 5%.

But largely as a consequence of the falls in sterling pushing up on prices, for a four year period, from February 2010 to February 2014, inflation was higher than increases in average wages.

We may see a repeat of this, starting at some point next year.