In this series, we’ll be shining a light on other Great British entrepreneurs who, like Anne Boden, are pioneers of change.

More often than not, business is about looking at how things have been done before and having the courage and imagination to reinvent the rules. That’s what Anne Boden did when she created Starling Bank, an app-based bank for personal and business current accounts. Born out of her determination to give customers control over their money, Starling strives to be fast, adaptable, friendly and supportive – just like a murmuration of starling birds.

Starling is all about questioning old logic and disrupting the established order. That’s why it’s built an app-based bank to suit the lifestyles of millions of people who live their lives on their phone. With no branches, it’s able to offer 24/7 customer service. Another example is its sleek debit card, which has a vertical design and is reflective of the way we use them today: inserted into card machines, ATMs or tapped to make a contactless payment. Portrait makes sense.

In this series, we’ll be shining a light on other Great British entrepreneurs who, like Anne Boden, are pioneers of change. 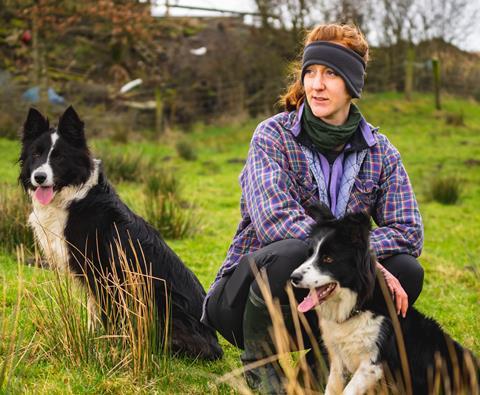 Farming is one of the most ancient and traditional industries in Britain. But, of course, it’s constantly evolving as a result of modern technology and new customer demands.

Dot, 31, is out to change that, turning Cronkshaw Fold Farm into a business with multiple revenue streams and sustainable sources of energy.

When her brother decided not to take on the farm, Dot was faced with the decision of losing the family farm all together or taking it on while studying for her post-graduate degree at Manchester University.

“I realised I could potentially do a lot more to help mitigate climate change by running the farm, maybe more than I could through working as a scientific researcher,” she says.

“Few people are listening to scientists at the moment, but they are listening to business people making money. I thought if I could make money from an environmentally-friendly business, others would follow suit. We have to make the right thing to do the easiest thing to do.”

With her long-term goal of creating an environmentally-friendly business in place, she set to work on the short-term goal of generating cashflow.

“The first thing I did was build a website saying we did everything you could imagine a farm doing,” Dot says.

This included camping, visits from schools and elderly care homes, scout groups, weddings, parties, farm tours and even ‘goat yoga’ classes in the barn. Locals come with their yoga mats and do their poses while the goats wander between them. 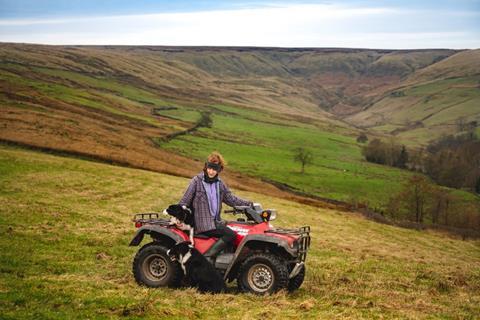 “Some people are so supportive and others are very skeptical. One old farming neighbour told me I should quit and work on the tills at Tesco because I would never make a success of it.” she says.

“Most of my immediate family think I’m a bit bonkers, but then when we get another great review or win an award they think ‘Okay, fair enough.’”

Dot was nominated for Outstanding Entrepreneur by the Northern Power Women Awards and the farm won Best Attraction in Rossendale at the Rossendale Business Awards.

When she first began running the farm in 2016, her priority was to increase visits and therefore awareness for her business.

“I ramped it up to weekly visits and started hosting around 4,000 children from impoverished backgrounds a year,” she says.

Last year, she continued to increase the number of people coming to the farm, especially through Airbnb. She offers five options for accommodation: “We’ve got a quirky treehouse that was built years ago, an old cabin that was used for farm staff, a yurt in the woods and a bell tent. We even turned the old farm office into accommodation.” Each option includes views of the farm and the option of a farm breakfast, made by Dot, brought to their door each morning.

A month after she was up and running, Airbnb’s head office in San Francisco reached out. They’d noticed how popular her accommodation had been and wanted to know more. Cronkshaw Fold Farm became the subject of an Airbnb film crew and an advertising campaign aimed at Americans with British heritage. Since then, it has also been featured by the BBC for the series The Great Staycation.

Through Airbnb, Dot has also connected with another Silicon Valley giant. In 2015, Tesla partnered with Airbnb to offer charging for electric cars at popular host locations. Dot received three charging points from Tesla, including a high speed super charge point. She’s hoping to be the first Airbnb host outside of California to offer onsite charging for guests. The chargers are due to be installed this year.

Collaborations with Airbnb and Tesla have enabled her to make huge steps towards her goal of running an environmentally-friendly, sustainable farm. In November 2019 the farm became one of the first customers globally to order a Tesla Cyber Truck – an all electric, long range 4×4.

She wants to encourage the farming community to switch from the primarily diesel based 4x4s seen on farms today to electric models such as the Cyber Truck.

“Once the Cyber Truck is delivered in 2023 we plan to offer ‘Tesla lifestyle experiences’ where customers can test drive the truck on our farm, tow farm machinery, livestock trailers, test out the tool charging features and have a go on the electric quad that can be loaded into the back of the truck.

“Customers will also be able to try out charging the truck and quad at our charging points and see how the system can be linked up with solar and other renewable power sources.”

“There’s a lot of scepticism around whether or not an electric vehicle is viable in this environment,” says Dot, referring to the terrain of the farm which usually requires 4x4s.

“I want to offer people the chance to see for themselves the scope of the vehicle.”

Naturally, her vision is for the farm to run completely sustainably. But it won’t be easy. Or cheap. Because of its location, the farm’s heating system is run on oil, coal and wood. But she’s found a solution. She’s installed a three-phase power supply to enable the switch to solar and wind power. Battery storage will allow the farm not just to create, but store, its own energy and eventually run the entire business from renewable sources.

“Once the whole business is run from solar and wind, we can market what we offer as 100% environmentally friendly stays and weddings,” she explains.

“They’d actually be carbon positive, not just carbon neutral because we can store the green energy created on site.”

Managing money on the go

Like all farmers, Dot is always on the move. But unlike her neighbours, she needs to be able to answer emails, booking enquiries and phone calls between feeding the sheep or training the collies. The roll out of 4G had a huge influence on being able to stay on top of her to-do list, as did the launch of Starling’s app-based business accounts in March 2018.

“They’re changing the game for how people manage their businesses and manage money. I can take a few minutes sat with the goats to catch up with my accounts on my phone.

“Just look at the ridiculous way we had to do it even five years ago. Storing all your paper receipts is so stone age. It makes so much more sense to have digital receipts and tie them to the transaction on an app. And I can do that with Starling.”

Plans for a new decade

Until recently, Dot ran the farm on her own, with some help from her mother. Women now make up one third of the sector’s workforce, an increase of seven per cent over the last decade.

“It’s never been unusual to me – my Mum’s a farmer and lots of my farming friends are women,” she says. 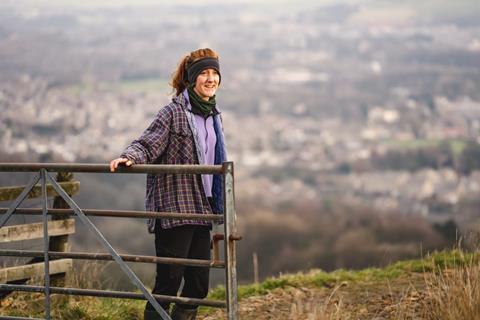 In October 2019, she hired her first two employees. Her vision is to have the farm fully managed by someone else in the next five years so that she can focus on other ideas.

“There’s only so many weddings we can do, only so many holidaymakers we can host. The only way we could grow that part of the business is to buy land,” she explains.

Plenty of farmers would be happy to stay at a certain level. Not Dot. She’s ambitious and realises financial success is going to be critical in her influence and ability to tackle climate change.

“I will have more clout to affect climate change if the business is successful,” Dot says.

“You need to be able to show clear proof environmentally-friendly products and services can make a decent revenue.”

Further projects she’s working on and wants to dedicate more time to include research into entomology, the study of insects and their relations to humans. She’s working with a friend to find out about applications within agriculture, for example as an alternative method of feeding poultry, replacing the fishmeal currently used.

In addition, she’s working with another friend to help farmers sell directly to consumers in a scalable and sustainable way through a digital platform. Testing with farmers and customers has shown promise and they hope to release their tool to a wider audience in the near future.

Farmers and growers wanting to test out the platform should contact Dot through her website or on social media.