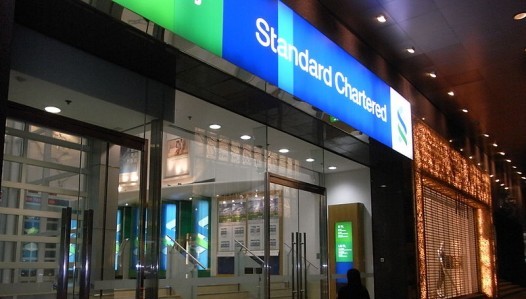 Shares in the Asia-focused bank have fallen by nearly 10% after posting a £1.1 billion loss in 2015.

Chief executive Bill Winters said 2015 was a "poor" year for the company. It is the first annual loss reported by the bank since 1989.

Sir John Peace, Standard Chartered's outgoing chairman, said: "While our 2015 financial results were poor, they are set against a backdrop of continuing geo-political and economic headwinds and volatility across many of our markets as well as the effects of deliberate management actions.

"Our share price performance has also been disappointing, underperforming the wider equity market, which has seen broad declines driven largely by the same macroeconomic concerns."

Mr Winters said he and other senior managers will not receive a bonus for 2015, and the bank is introducing a new scheme where bonuses will only be handed out if targets are met.