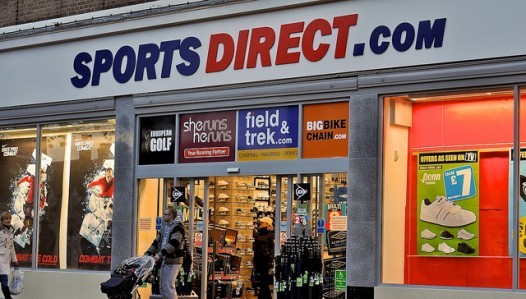 Sports Direct boss Mike Ashley has said he will spend £10 million to ensure all of the retailer's staff are paid more than the minimum wage.

Earlier this month, Mr Ashley said he would lead a review into allegations made by an investigation by The Guardian over the treatment of temporary workers at Sports Direct's warehouses.

The undercover investigation found that temporary workers were forced to go through strict security measures when finishing work that took so long, they were effectively being paid less than the National Minimum Wage (NMW).

Workers were also the subject of strict deductions for things like turning up late, and seemingly underperforming staff were 'shamed' over the tannoy system.

But in an interview with the Daily Mirror, Mr Ashley said it would be his New Year's resolution to improve pay. It will see mainly agency and zero-hour contract workers earn around 15p per hour more.

“I realise this is ambitious and it won’t be easy, but I believe as a FTSE 100 or even 250 company we have a responsibility to set a high moral standard.

“We’re putting our money where our mouth is and have notified the City we will be spending £10m ensuring all employees are above the minimum wage.”

Officially announcing the move, Sports Direct said: “Sports Direct International plc today announces that it has made a commitment that its directly employed UK employees and directly engaged casual workers will be paid above the national minimum wage from 1 January 2016.

“The cost in relation to these direct employees and casual workers and other related costs and knock-on costs are likely to be circa £10m on an annualised basis.”