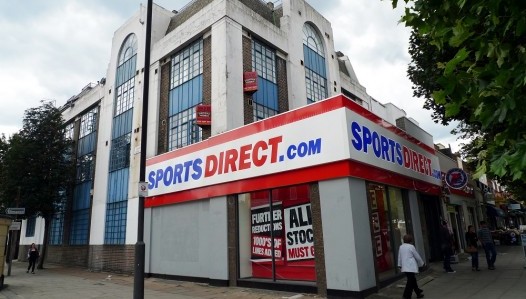 Sports Direct has fallen off the FTSE 100 after losing more than £1.6 billion of its value in three months.

The retailer's share price has fallen by around 40% since the start of December, when The Guardian published an investigation into working conditions.

Following the investigation, Sports Direct said it would review workers' rights and subsequently pledged £10 million to make sure workers were paid above national minimum wage.

The latest one-day fall in its share price on saw Sports Direct demoted from the 100 biggest listed companies in the UK.

Former shadow business secretary Chuka Umunna, who launched a parliamentary debate on Sports Direct following The Guardian's investigation, said: “What this illustrates is that good business is good business and vice versa. So if you’re going to be seen to be pursuing a business model that customers do not approve of there will be an impact on how the company is viewed and valued.

Frances O'Grady, general secretary of the Trades Union Congress (TUC) said Sports Direct's fall should serve as a warning to other listed companies over the way they conduct business. Ms O'Grady said: “This should be a cautionary tale for companies who treat their workers badly. The reputational and financial damage Sports Direct has suffered is of its own making.

“Subjecting staff to workhouse conditions is not the way to build a successful business. Shareholders must demand root and branch changes or Sports Direct’s name will continue to be dragged through the mud.”

The Guardian's investigation found that workers at Sports Direct's warehouses were effectively being paid less than minimum wage as a direct result of strict bag-checking policies. It also uncovered strict surveillance procedures and even a culture of publicly shaming under-performing staff. Primary school teachers close to the retailer's warehouses also reported ill children having to stay in school because their parents were afraid to take time off, and children would often return to empty homes at the end of the school day.